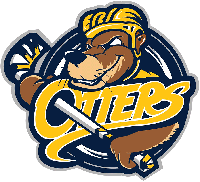 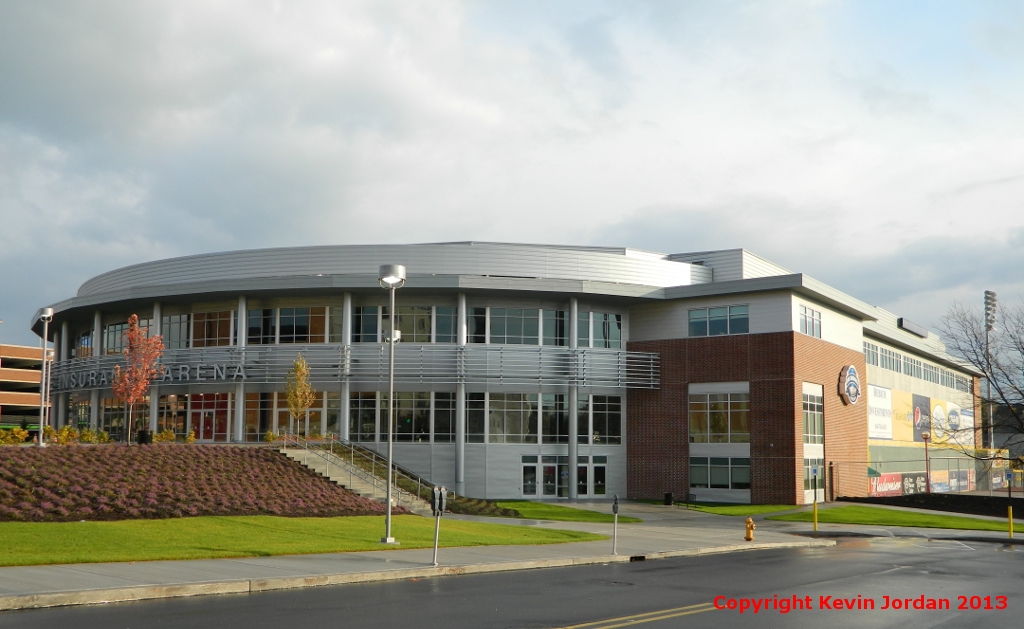 Erie was the first American city I could name while growing up. As the crow flies, Erie is only 130 km from London, and the Flagship City's television stations were my introduction to American culture, watching Sesame Street and Square One Television on WQLN. Even Londoners who've never made the trip are still familiar with names like the Millcreek Mall, Waldameer Park, and Attorney Edgar Snyder. Yet due to the great big lake in the way, Erie's the better part of a four hour aand twenty minute drive away, and therefore the trip is one that most OHL fans rarely, if ever, make. Which is quite the pity, as Erie's junior hockey experience is in some ways as good as it gets.

The Otters play in downtown Erie at what used to be called the Louis J. Tullio Arena, a few blocks from the Lake Erie shoreline. The Arena's part of a sports complex on the fringe between downtown and a residential neighbourhood, and the south wall of the arena is actually covered in advertising hoardings for Jerry Uht Park next door, which the AA Erie Seawolves baseball team calls home in summer. Long-delayed renovations to the arena finally happened in 2012 and 2013, and for those who remember the orange paint and broken seats of the old Tullio, the now-renamed Erie Insurance Arena sparkles.

The old arena had a parking garage in the arena forecourt, but that has been demolished as the arena footprint was expanded, and the remaining land is now a lovely park. The building was been dramatically expanded on three sides, and if it looks like a new arena, it's because in many ways it is. The old white and orange aluminum siding is gone forever, replaced with glass and red bricks. A warm, inviting lobby with ticket booths opens direcly into the main concourse, which is easily four times wider than the cramped and dark old caves that used to be there. The actual seating bowl hasn't changed much between the goal lines; laid out kind of like a football stadium with about 85% of the seats between the goal lines in two gigantic stands that rise back from ice level. The capacity has been hugely increased, though, and the bowl is now U-shaped, with new seating stretching around behind the one goal. The broken early-80's orange seats dating back to the days when the Commodore 64 was rocking cassette-drives across North America were finally replaced with movie-theatre quality padded luxury seats. The fourth side of the arena is still just a wall, rising up directly from the glass. There are a few party suites overlooking the ice, but otherwise it's dead space. The Otters have their banners hanging at the top of the wall, and there are also banners dating back in Erie's hockey history to their Eastern League championship teams of the late 70's and early 80's.

The Tullio Arena finally got a centre scoreclock and video board a few years ago. Prior to this, the only timekeeping devices in the arena were mounted on the end walls, an inexcusable situation for any hockey team. So a new scoreboard was installed in 2008, and it's well-used by the Otters. Their pre-game video is by far the best I've seen in junior hockey, with footage from the team's entire history in Erie shown. The one old clock is also still there, but is not used anymore, sitting dark during games. The formerly awful sound system has also been updated.

When it gets going, Tullio Arena is still just as loud as it always was. With a winning team finally resident again after a lost decade since the Otters' only title in 2002, the crowds have returned, and so has the noise. There are no sound dampeners, no acoustic tiles, just hard surfaces which reflect the noise and amplify it. As a result, the noise inside is downright scary at times. I've seen fans scream non-stop throughout the warm-up, during the player introductions, and into the game.

The rest of Tullio Arena is new arena standard. Bathrooms are clean and plentiful. There's still no real team store, just a few souvenir stands dotting the concourses, which is an odd oversight. It's also still not possible to walk 360 degrees around the rink, as the fourth wall extends through the concourse as well. The staff are mostly good - ushers are not hard to find and tend to be knowledgeable. And while I've never had any problems cheering for the visitors in Erie, I've heard from a few other fans that the security guards are top notch and tend to keep a lid on any shenanigans.

There was talk a few years ago of the Otters moving out of the USA, potentially (back) to Hamilton for the first time since they were the Hamilton Steelhawks. But with a beautiful modern arena and a winning team on the ice again after a decade in decline, Erie is back. It's wonderful to see that the soul of the Tullio Arena is still there under all the new paint, and it's even better knowing that the team's future in Erie is secure. 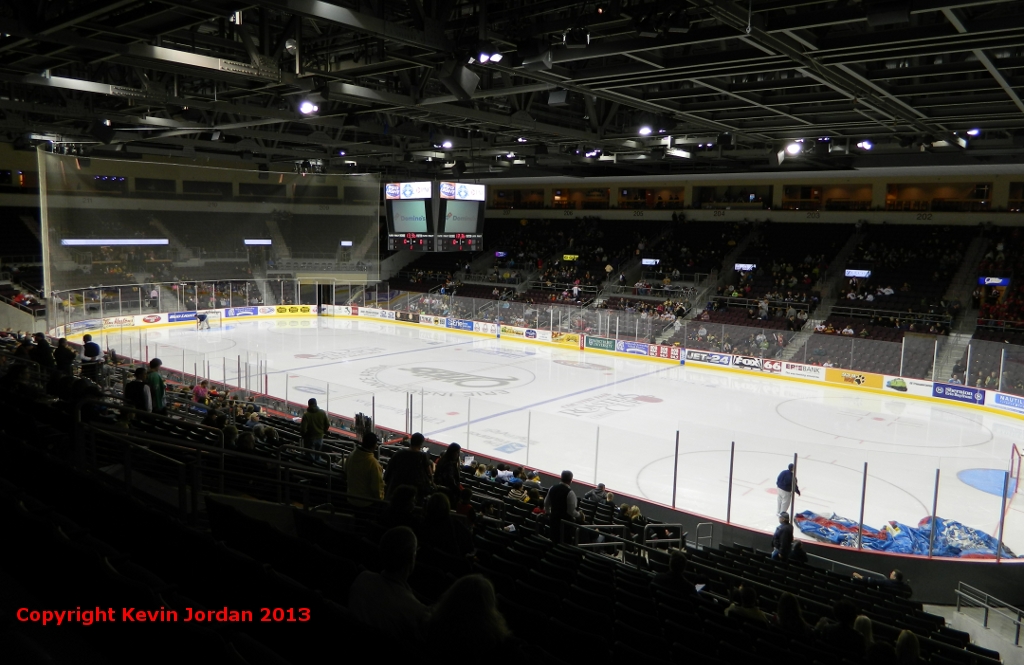 Future Developments
There are no plans to renovate or replace Erie Insurance Arena.


Franchise History
The Erie Otters are perhaps the most nomadic team in OHL history. They got their start back in the 1950's in Hamilton as the Tiger Cubs, playing out of the old barn on Barton Street. In 1960 the team was renamed the Red Wings after the Detroit NHL team bought a stake in their ownership. In 1972-73 the team was bought by Ron Cupido and the Finochio brothers, who changed the name again, to the Fincups. They lasted another few years in Hamilton, however the ice-maker at the ancient Forum died in 1976 and the building was condemned. The Fincups were homeless in Hamilton, so they moved to Garden City Arena in St Catharines for the 1976-77 season. The team was back in Hamilton the next year as the ownership found a home for their team at Mountain Arena, but attendance was terrible, and with no new arena on the horizon, the dawn of 1978-79 season saw the franchise moving to nearby Brantford as the Alexanders. The team never drew well in Brantford either, though, and in 1984-85 the franchise was back on the Mountain in Hamilton yet again, with the promise that they would be able to play in Copps Coliseum as soon as it was finished. The newly rechristened Steelhawks never drew well in that cavernous building, though, so by 1988-89 the team was on the road again, down the QEW to Niagara Falls where they were reincarnated as the Thunder. In 1996-97 the franchise became the Erie Otters, and they seem to finally have found stability and decent attendance in Pennsylvania.