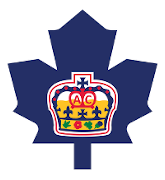 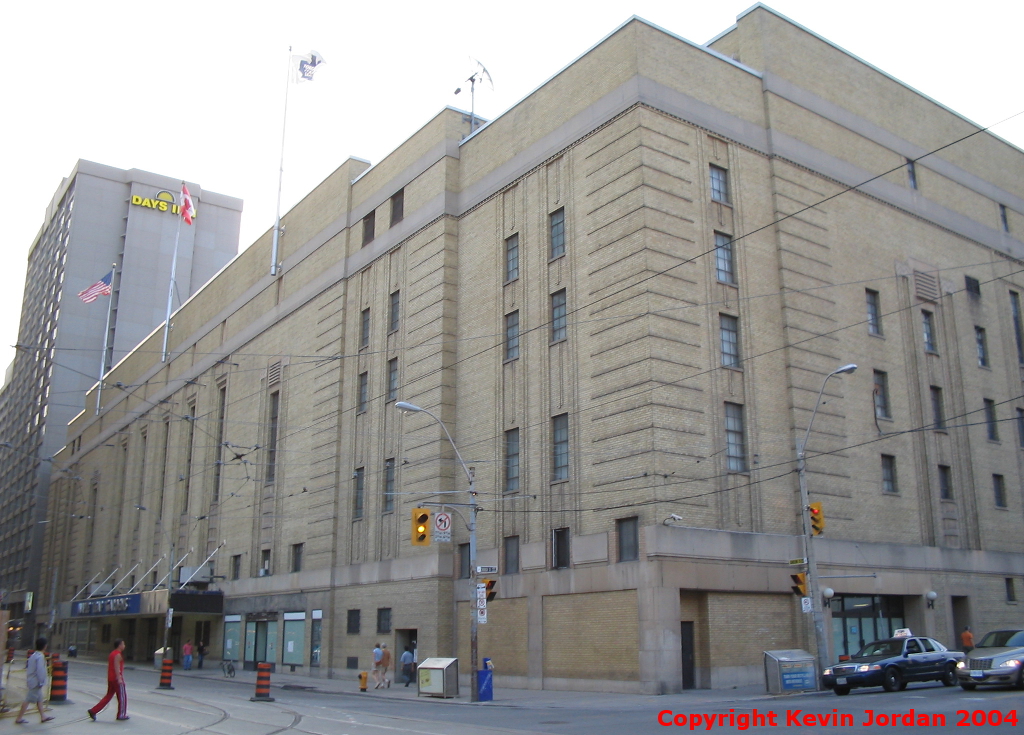 Maple Leaf Gardens was once called the most important religious building in English Canada. This may seem an exaggeration, but it shows the status of hockey in Canada. Every year it was the Leafs in their Gardens versus the Habs in their Forum. Two solitudes, two arenas, one game.

That's all gone now. The Leafs left in 1999 for the spiffy but boring Air Canada Centre, however, the arena maintained two tenants remained for another season: the Toronto Rock lacrosse team and the St. Michael's Majors.

I saw two Leafs games at Maple Leaf Gardens and two more OHL games there after the Leafs left. For Leafs games, the arena was cramped and crowded. There were three stacked concourses on top of each other on each side of the building, with no movement possible between them. Both Leafs games I saw were in the greens, which meant two escalator rides to the top of the arena and then staying put, as exploration was functionally impossible. When the Leafs left, I was determined to go see the Majors while I still could, as I still had never had the chance to really explore the building. Fortunately enough, my relative youth and lack of a car didn't prevent me from getting there twice, once for a game against Oshawa and once against Erie. For Majors games, the arena was almost always nearly empty, which was great for me but did little for the Majors' fortunes.

Upon entering Maple Leaf Gardens from the main entrance on Carlton St., you immediately saw a Leafs historical mural in front of you. The lobby tended to fill up fast on game day until they rolled up the gates and let people come in. Your tickets were either on the East or the West sides, and there was no easy way to get between East and West without leaving the building. Two corridors, two sides. Once into the main hallway there was memorabilia everywhere - pictures all over the walls and banners featuring Leaf greats of the past. There was always a new Ford on display as well, given Ford's status as the Leafs' primary automotive sponsor. Whenever I made the trip I always checked to see if it was still there, and it always was. The corridors were all whitewash white and Maple Leaf blue.

If you were a normal human being and not a millionaire, your seats would be high up in the building, which meant a ride on the first escalators ever installed in Canada. The Gardens' lowest level was the golds, followed by the reds, greens, and greys. The blues hung on the walls in the ends. Seats were pathetically tiny and leg-room was nonexistant. Each section had its own concourse, although the blues shared with the reds and the greys and greens had to share as well, leading to phenomenal bottlenecks. Only the reds and golds were sold for Majors games.

At Leafs games the Gardens filled up quickly. The scoreboard was an older LCD model - the Leafs were the last NHL team without a video board. Banners hung from the ceiling featuring all the great Leafs of the past and all the Cup banners. The ceiling was enormously high up relative to the building, and stained with decades of tobacco smoke. The Ryerson University renovation has cleaned the trusses up, but don't be fooled - the authentic look was a disgusting nicotine tan.

When a Leafs game began, the place never rocked like some other old buildings. It was a lot louder than the ACC, but Leaf fans have a history of being quiet. Perhaps it's the Protestant, old-Toronto ethic, but the Leafs always played in front of a fanatically loyal although strangely subdued crowd. One of the two Leafs games I went to at the Gardens was on St. Patrick's Day, which is a long-time special holiday in Leaf Nation. At the St. Patty's Day celebrations pop music was completely dispensed with and the Leafs' organist played Irish songs like "The Wild Rover" and "Danny Boy". Classic.

The Majors were kicked out in 2000 when the Grand Old Lady of Carlton Street closed for good. A little piece of every Leafs fan died with the building. 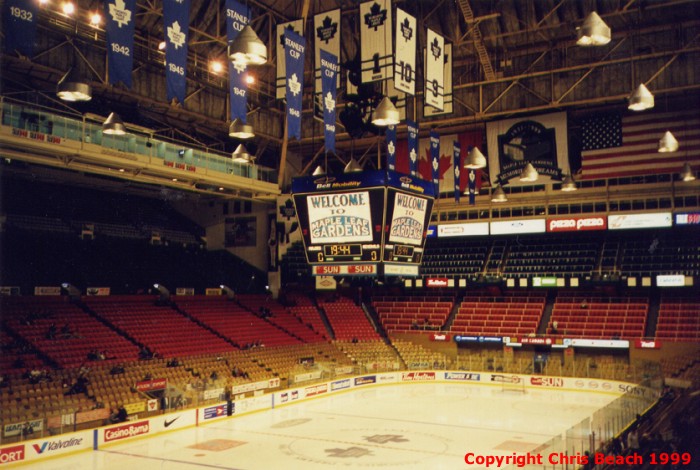 What's the Arena Used for Today?
Maple Leaf Gardens was the last of the "Original Six" arenas to go up, built in seven months during the Depression to replace nearby Mutual St. Arena. Leafs' owner Conn Smythe wanted to attract a well-bred clientele, and for the first few decades there was actually a dress code at the arena. All this contributed to the Leafs' reputation for gentility, a reputation that persists today in spite of decades of mismanagement.

The Gardens played host to everything and anything. Elvis Presley played here, in the only concert he ever played outside the USA. The Beatles and the Stones both visited. The Gardens saw political conventions, religious revivals, boxing, cycling, circuses, and the Queen. The first ever NBA game was played there in 1948 as the visiting New York Knicks played the Toronto Huskies.

In the 1990s, as the arena boom got going, the last 4 of the original six arenas were replaced within 5 years. The Chicago Stadium was closed in 1994, the Boston Garden in 1995, the Montreal Forum in 1996, and finally Maple Leaf Gardens in February of 1999. A gala closing ceremony marked the end of an era in hockey.

Maple Leaf Gardens stayed open and hosted the Majors and the Toronto Rock lacrosse team until the end of the 1999-2000 season, at which point it closed to the public but remained available for rent. The Rolling Stones rehearsed their winter 2002-03 tour inside, the building was used during film shoots, and the CBC filmed a figure skating reality show in the building over the winter of 2009-10, which represented the first time in nearly a decade that the Gardens had had ice.

Finally in 2012, work started on a joint venture between Loblaws and Ryerson University. The building was gutted on the inside, and the main floor that once held the ice surface was converted into a grocery store. Apart from a few public art displays and a red dot on the floor marking the former centre ice, there is little remaining of the old ice level.

The upper levels were turned into a student recreation centre for Ryerson, and on the top level, about the same height as the greys in the old building, an ice surface was installed on the same footprint as the original one, right down to the unusually rounded corners. The Mattamy Athletic Centre, as it's called, has a capacity of 2,796, and the seating is arranged around the ice in the same way that the golds in the original arena were done. The arena is today home of Ryerson Rams hockey and basketball, and at the very least, the original vaulted ceiling has been restored and is still looking down on hockey at 60 Carlton St. The only part of the original Gardens that remains apart from the shell of the building are a couple of emergency stairwells that were kept in place - if you go to the Mattamy Athletic Centre and then take the stairs back down to street level, you can tell by the worn steps and plaster walls that the stairwells are original to the 1930's. 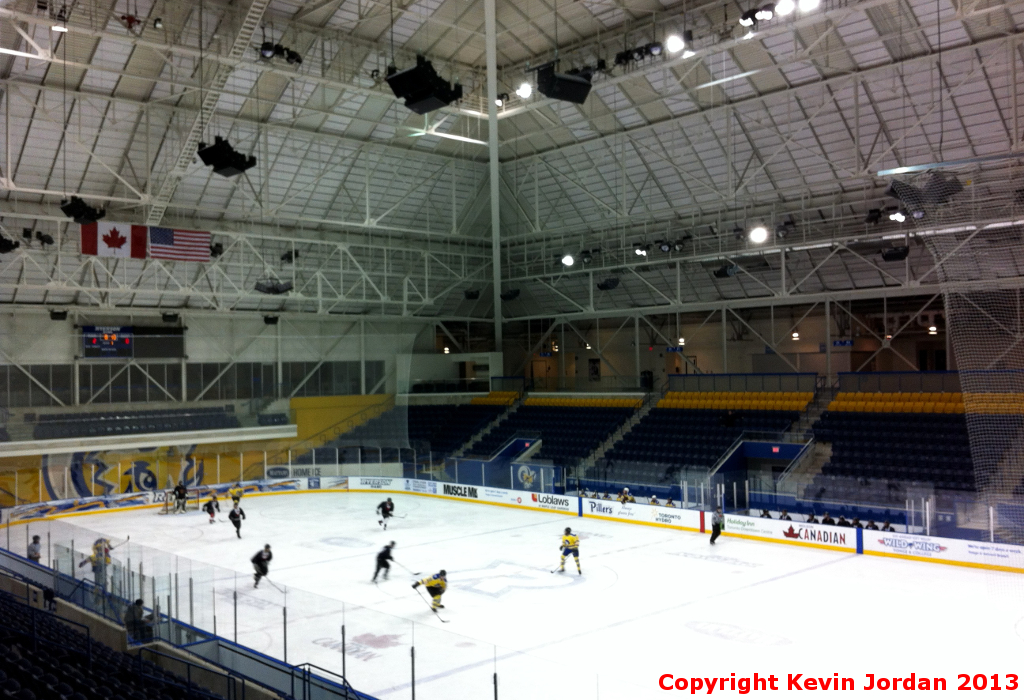