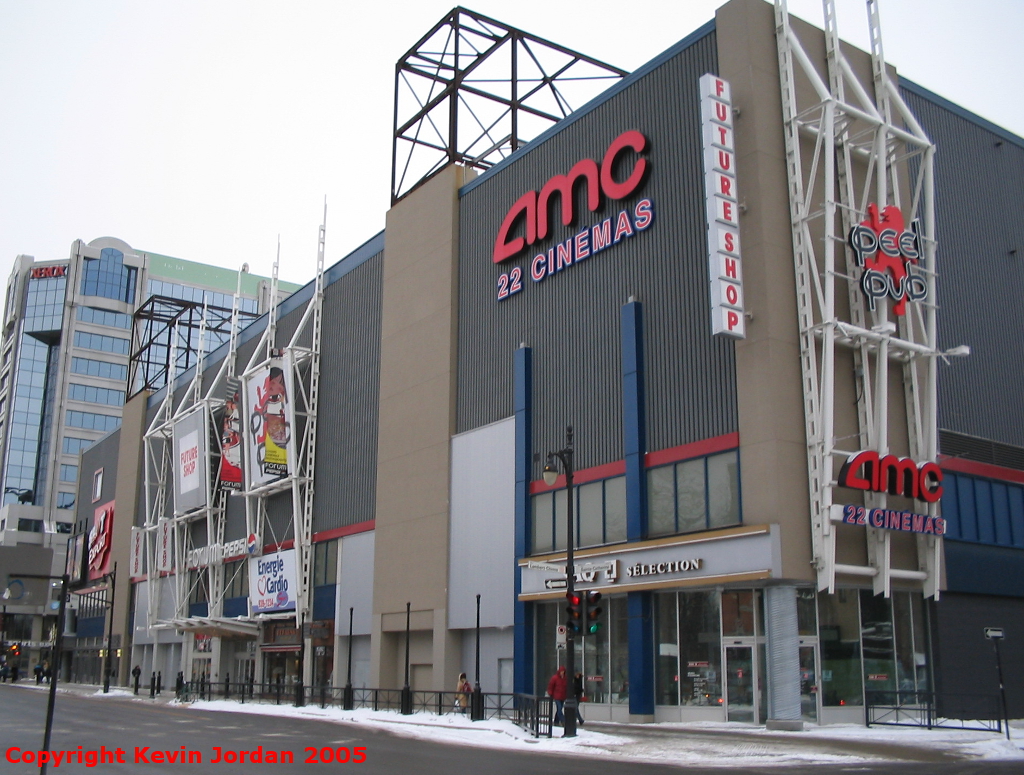 I never saw a game at the Montreal Forum, which is one of the great regrets of my childhood. I remember watching Hockey Night in Canada as a kid and watching the awful, awful Harold Ballard Leafs of the 80's being blown away all the time by those Habs. Les Habitants. The smuggest fans in the NHL, complacent in their winning all the time. I hated the Habs, I hated their arena, I hated their logo which always looked to me to be grinning, as if it knew that the arrogant kids at school which followed the Habs would be rubbing another Habs victory in the faces of fans of other teams the next day.

By the mid-1990's I started recognising the Forum for what it was - a relic of another age. The history in that building was unbelievable. Here was the very ice where all the great Frenchmen played. Their nicknames, names like the Pocket Rocket and the Chicoutimi Cucumber and the Flower. Here was where Clarence Campbell was tear-gassed in 1955, jumpstarting Québecois nationalism and giving the Duplessis era in Quebec politics one great big kick in the teeth. The organist played and the well-dressed, smug Quebeckers cheered and you realised that the mystique of the Habs was something that no other team could ever match, least of all one called the Lightning.

And then it all seemed to happen at once. King Patrick demanded a trade and the Forum closed and the wheels began to fall off the wagon, and all of a sudden you notice that the Canadiens are playing in a cavernous aircraft hanger of a building loved by no one, and that their best player is not a Roy or a Vézina or a Richard or a Lafleur or a Béliveau, but a Finn named Saku or a British Columbian called Carey. That the great young French players no longer play in Montreal, and that the Habs are just another team, no more or less special than any other. And you realise that no matter how much you hated the Montreal Canadiens as a kid, it's not fair that this had to happen to them. The very emblem of Quebec, the most important cultural symbol in French Canada, is all of a sudden just another franchise, playing out of a building named for a dour Scotsman from Brantford, Ontario. La fiert´ toujours, indeed.

The Forum is gone forever now, and so are the ghosts that inhabited it. It was a tiny, compact building in the heart of downtown Montreal, homely from the outside in its aluminium siding installed in a 1968 renovation. Inside, it will always be the centre of the hockey traumas of my youth, the place where the downtrodden Franceschettis and Vaives met their demise over and over and over again. There will never be another one like it. 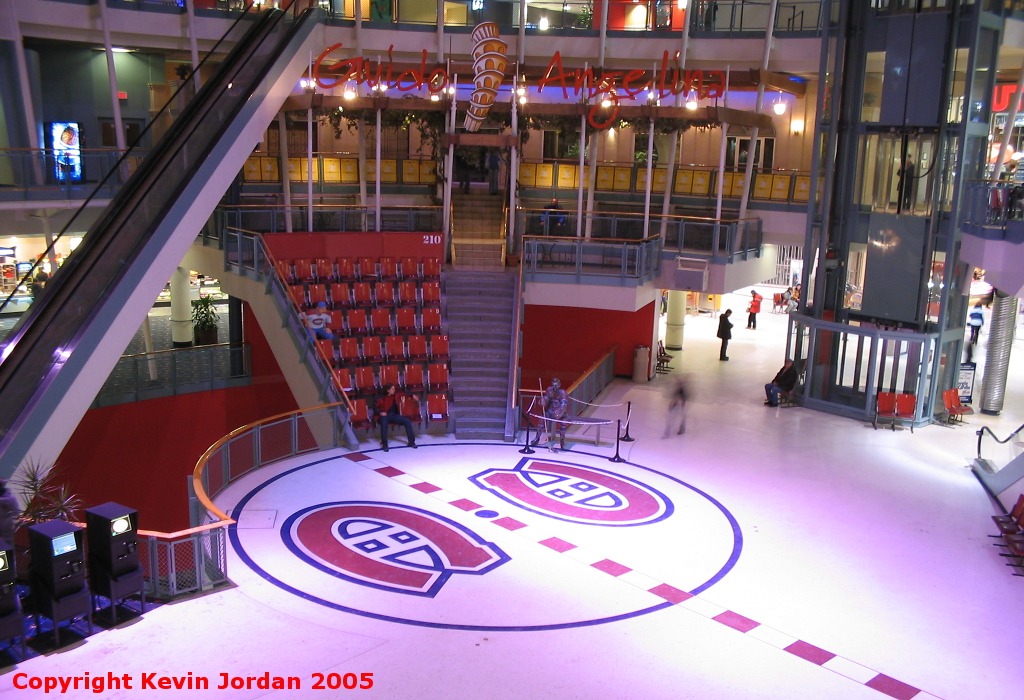 What's the Arena Used for Today?
Back in the formative days of the OHA, junior teams were affiliated with pro clubs. The Kitchener Rangers are the only remnant of those days in today's OHL, but back in the 1960's there were teams like the Hamilton Red Wings and the St Catharines Black Hawks, plus the Oshawa Generals played in uniforms modelled after their parent Boston Bruins, and the London Knights (then called the London Nationals) wore the blue and white maple leaf designed by their parent club in Toronto. The Montreal Junior Canadiens fit into that. These were the days before the founding of the QMJHL, and Montreal wanted their prospects developing by playing against the best young players in Canada, which meant the Junior Canadiens played solely against Ontario opposition. When the QMJHL was founded, though, the Junior Canadiens agreed to be transferred into that league in 1972. The players on the Junior Habs were given the choice of whether they wanted to play in the Q the next year or to remain in the O; the only one who chose to remain in Ontario was defenseman Ian Turnbull, who signed with the Ottawa 67's.

The Forum remained home of the NHL Canadiens until 1996, when it was closed in a gala ceremony as the Habs left for the last time. The Forum sat empty for a year or so before being converted into - of all things - a movie theatre/entertainment centre. A lot of Habs memorabilia is still around, and the centre ice dot has been preserved in the main lobby, as have many seats and other relics from the old building. It's worth a look if you're ever in Montreal, especially to look up at the old ceiling and see the hook from which the old scoreclock hung still preserved. Today you can even go bowling at the Montreal Forum, which seems to suit Montreal fans fine, as the only sport the Habs have been any good at lately is golf.