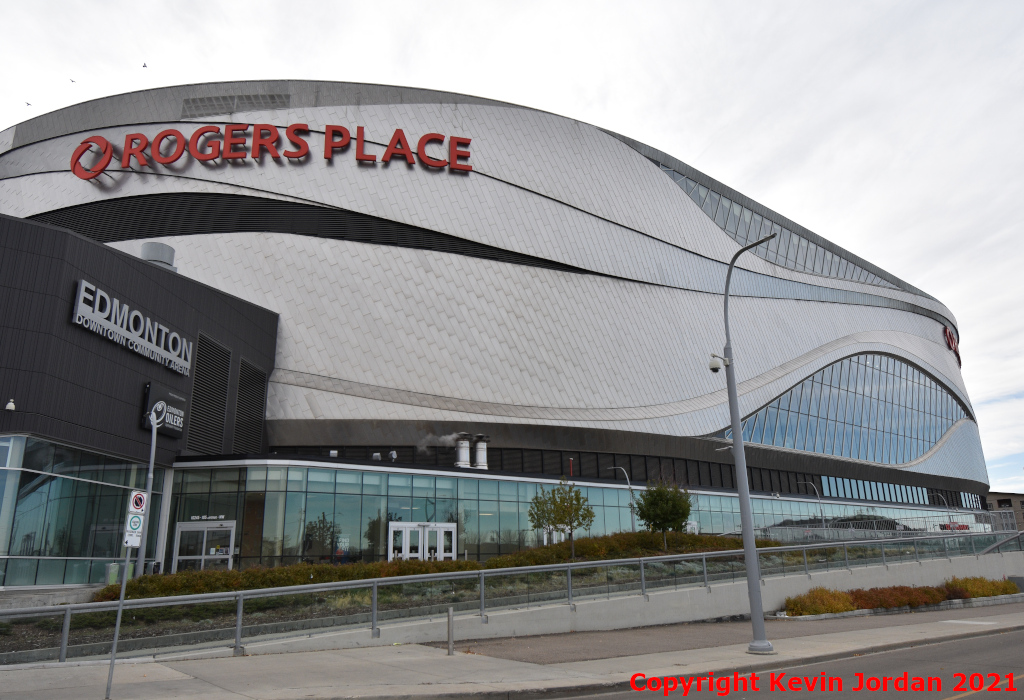 It's probably trite at this point to comment on how much the COVID-19 pandemic changed everything, but it was an event unprecedented in living memory. I went to the penultimate London Knights game of the 2019-20 season on March 6, 2020, thinking nothing of being in a building with 9,000 other people, and five days later I was telling a friend he was foolish for going to that evening's Guelph Storm home game. Among other more serious consequences of the pandemic, junior and professional hockey careers ended without warning. A season was never completed, and a Memorial Cup, scheduled for Kelowna, was never held. The next year, the WHL held an abortive 24-game 2020-21 season without fans, playoffs, or a champion being crowned, and then suddenly it was the fall of 2021. The miracle of vaccination and the success of public health orders made the idea of attending a sporting event with other fans seem not just possible, but desirable again, and while I was still nervous about travelling outside Canada, my wife and I planned a trip in October 2021 to visit friends and family in Western Canada and to see a few junior hockey games.

The Oil Kings game I attended on October 17 was my first indoor sporting event since that last Knights game nineteen months previous, and I was both excited and nervous about the idea of going again. So, wearing a mask and with vaccination record in hand, I headed to downtown Edmonton solo on a sunny Sunday afternoon to see the Oil Kings play the Red Deer Rebels.

Rogers Place sits on the northern fringe of Edmonton's downtown looking very much like a spaceship that has landed in the middle of the city. It's out of scale with the neighbourhood, such as it is - to the south sit aging, low-rise commercial buildings, and to the north sits an LRT stop and acres of vacant parking lots. One hopes that the "Ice District", as the team has branded the area, will eventually include shopping and restaurants to the north, but for now it's just windswept prairie.

My first visit to Rogers Place was in the fall of 2018 for an Oilers NHL game. For the Oil Kings, the process of getting there and inside was largely the same, apart from the dramatically smaller crowds. I was able to park for free on an adjacent city street and walk to the game, climbing up through the massive, empty arena lobby that overhangs the street, and eventually into the arena itself.

NHL arena design has undergone a subtle but noticeable shift in the past decade or so. NHL buildings from the 1990's were built with the idea in mind that the function of a concourse is to allow patrons to get to their seats. Newer buildings, including Edmonton, New Jersey, and Detroit, give over far more space in the concourses to just, well, hanging out. The concourse in Edmonton is incredibly wide and well-served with pubs and other spaces designed to pull fans from their seats and keep them there, potentially spending money. On both sides of the ice, there is also a separate club seat concourse below grade from the main one, so that club seat holders on the sides don't have to interact with the regular seat holders in the ends. This isn't boilerplate upper deck segregation, either - this is separating parts of the lower bowl from itself. It's not a trend I'm much of a fan of, and it prevents wandering of the sort I generally like to do pre and post-game.

The bowl itself is quite nice. Seats are a uniform tasteful dark grey, and the building feels enormous, with a huge four-sided clock hanging over centre ice. The rink is clearly home to the Oilers first and foremost, with their logo at centre ice and their banners prominently displayed, though I was happy to see the Oil Kings get their due in the rafters for their Memorial Cups, too. Having sat in the upper bowl for an Oilers game, I can report that I was not a fan of the seating up there - the angle is too shallow, and it's hard to see over people in front of you - but the lower bowl is fine. Seats are very comfortable.

In terms of the Oil Kings themselves, they really do feel like an afterthought. Pandemic-related shortages may be to blame here, but at the game I went to there was not a single Oil Kings souvenir to be found. The team stores were open, but all the merchandise for sale was Oilers stuff. Nearly all of the interesting food shops on the concourse level were closed, with the selection for an Oil Kings game being limited to your usual ballpark dreck. I wasn't expecting the arena to feel like Oil Kings central - they're not the primary tenant, and that's fine - but it was very strange feeling like the team didn't even exist.

Game presentation in Edmonton is as world-class as you'd expect considering they're using the Oilers' sound system, video board, and (I assume) arena staff. The video replays and scoreboard graphics as top notch and the experience feels very much like attending an NHL game. Peripherals are equally good - Oil King-sized crowds won't trouble NHL-sized bathrooms.

As it turns out, I needn't have worried too much about the pandemic in Edmonton. While Alberta's case numbers remain higher than Ontario's as of this writing and the government there has taken some well-deserved criticism for their handling of the crisis, the Oil Kings game I went to was the lowest-attended junior hockey game I've ever been to. I had literally an entire section to myself, and I'd have been shocked if there were more than 800 people at the game. The atmosphere was non-existent and it felt like watching a game in a private bubble, and you know what? I was more than okay with that. Sure, I'd love to see the Oil Kings someday with a full lower bowl like they used to draw and see how it's different, but by five minutes into the game my nervousness was gone and I was watching junior hockey again. I was so happy to be there I didn't even care that Brent Sutter's Rebels trapped their way through a snoozer of a game.

Out of the sixty CHL arenas in Canada and the United States that I hope to someday get to, this one was probably the one I was least excited about. It wasn't a new arena for me, I knew the crowd would be small, and while I assume the Hitmen in Calgary would have the same issues, at least they play at a cool old-school rink with tons of nooks and crannies to explore. But man, am I ever glad to have flipped my tally over from 56 to 57 after so long away. I saw junior hockey again while feeling safe, and in this post-pandemic world, that's all that matters. I can't criticize the Oil Kings for anything that isn't their fault, and someday I'd like to give them another shot, hopefully with the decent food, merchandise, and big crowds back. 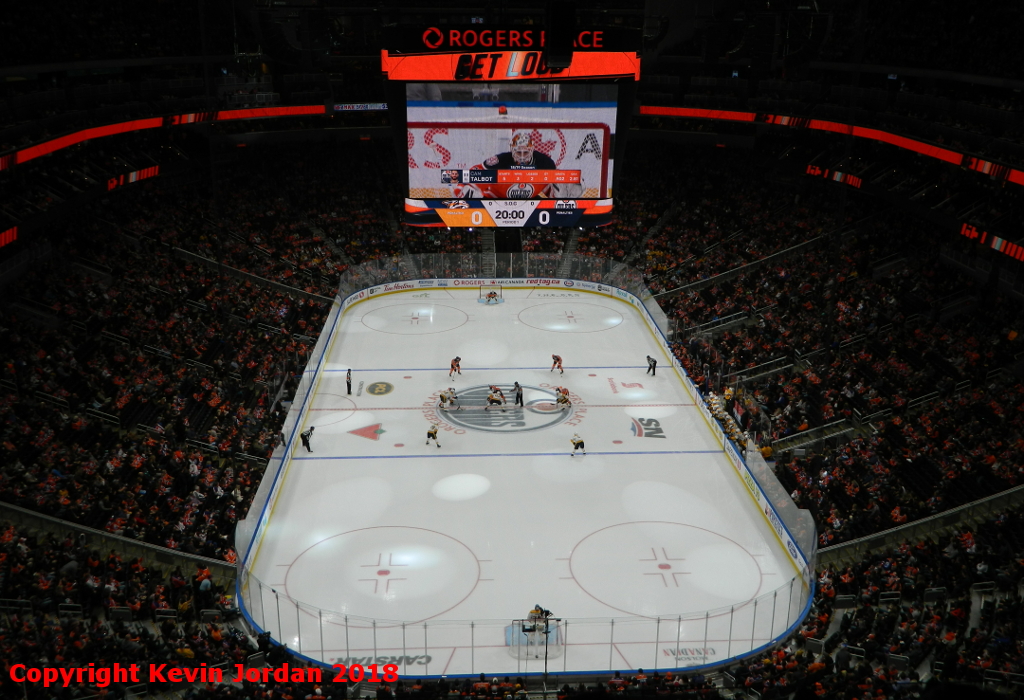 Future Developments
There are no plans to renovate or replace Rogers Place.


Franchise History
The original Edmonton Oil Kings were founding members of the WHL and played their first season at Jasper Place Arena before moving to the Edmonton Gardens. The team actually predated the founding of the WHL as an AJHL team and were twice Memorial Cup champions in the 1960's. They moved across the street to Northlands Coliseum in the 1970's but found competing with the WHA's Oilers difficult and moved to Portland in 1976, becoming today's Winterhawks. A second, unrelated Oil Kings team moved in from Flin Flon and played only one season, 1978-79, before relocating to Great Falls, Montana, then to Spokane, and finally folding in 1982.

The NHL's Edmonton Oilers, seeing how much success and revenue rival Calgary was having with their Hitmen, re-founded the Oil Kings in 2007. The new Oil Kings have always played where the Oilers have done, starting at Northlands Coliseum and moving downtown in 2016 with the opening of Rogers Place. 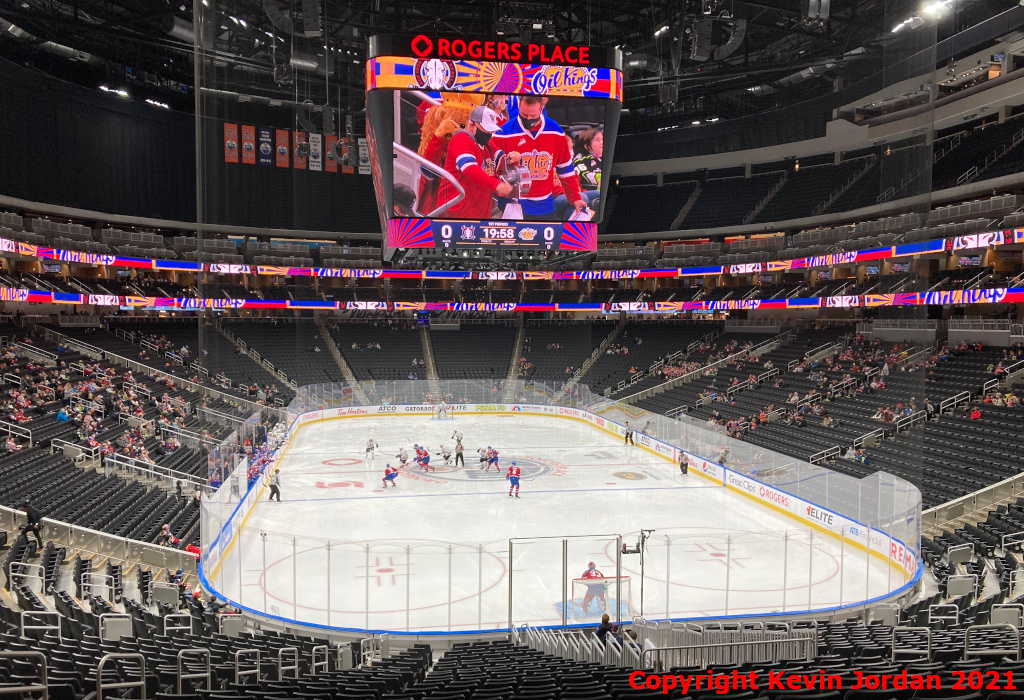