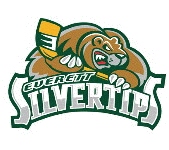 Angel of the Winds Arena
Everett, Washington
Home of the Everett Silvertips
Built 2003 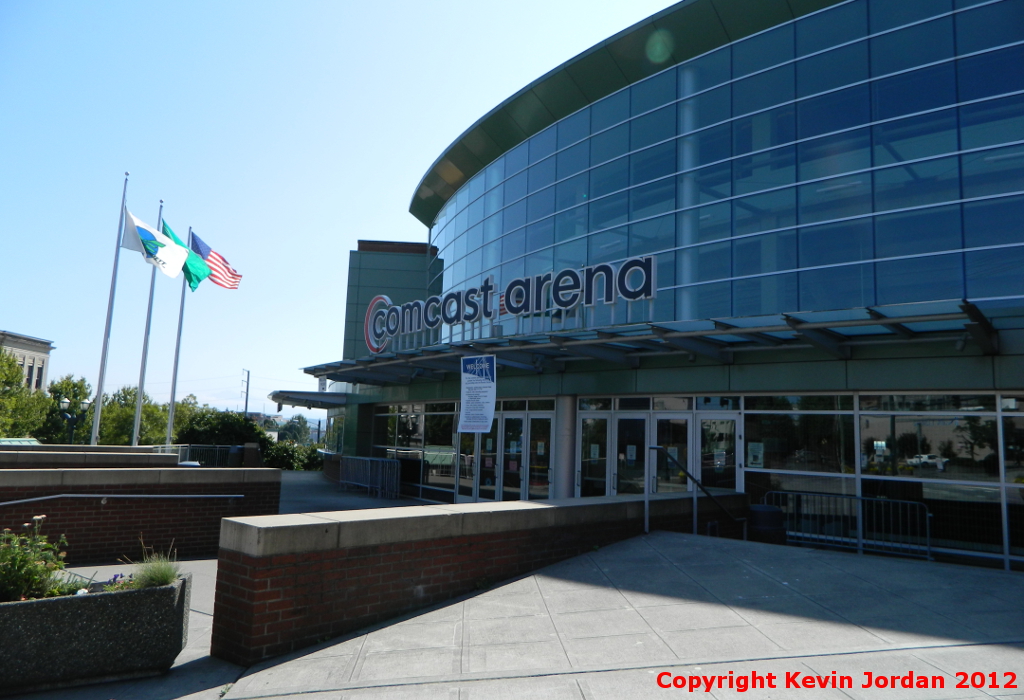 Everett is a northern Seattle suburb best known as the home of Boeing. Unlike in the OHL, where suburban teams have failed like Apple Newton, suburban teams in Seattle seem to have succeeded. The arena in Everett, from internet pictures, closely resembles the Budweiser Gardens in London, and the Silvertips have a dedicated fan base. The rink itself is attractive enough in red brick on the fringe of Everett's downtown, such as it is. 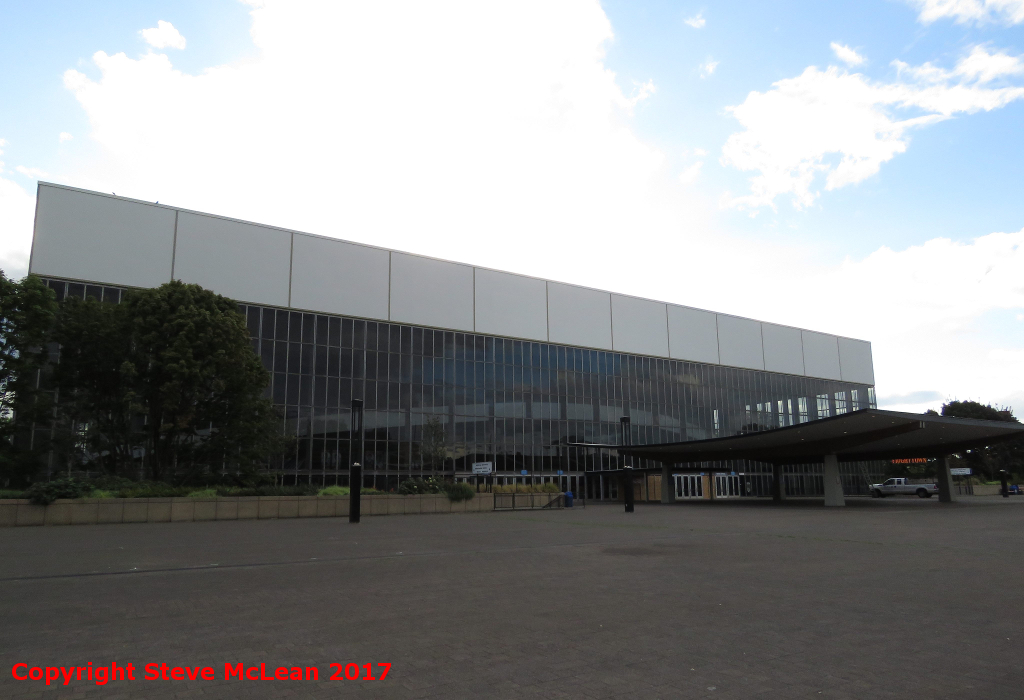 The Portland Memorial Coliseum was built in 1960 and is one of the few arenas that a) was and is considered groundbreaking by architects, and b) is on the National Register of Historic Places in the US. One hopes it remains open for long into the future. 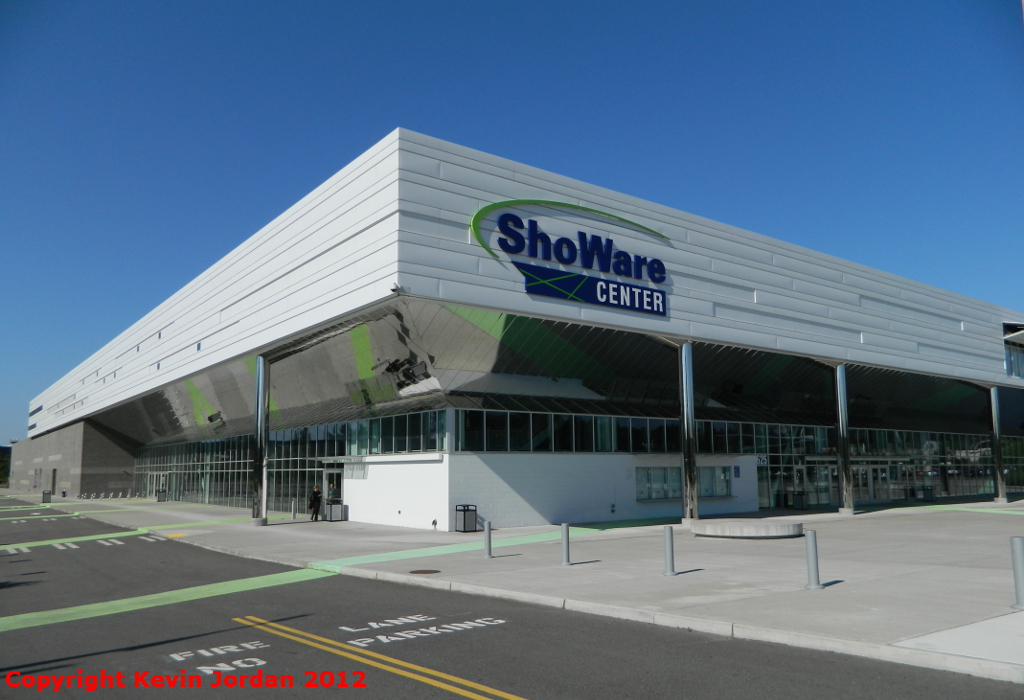 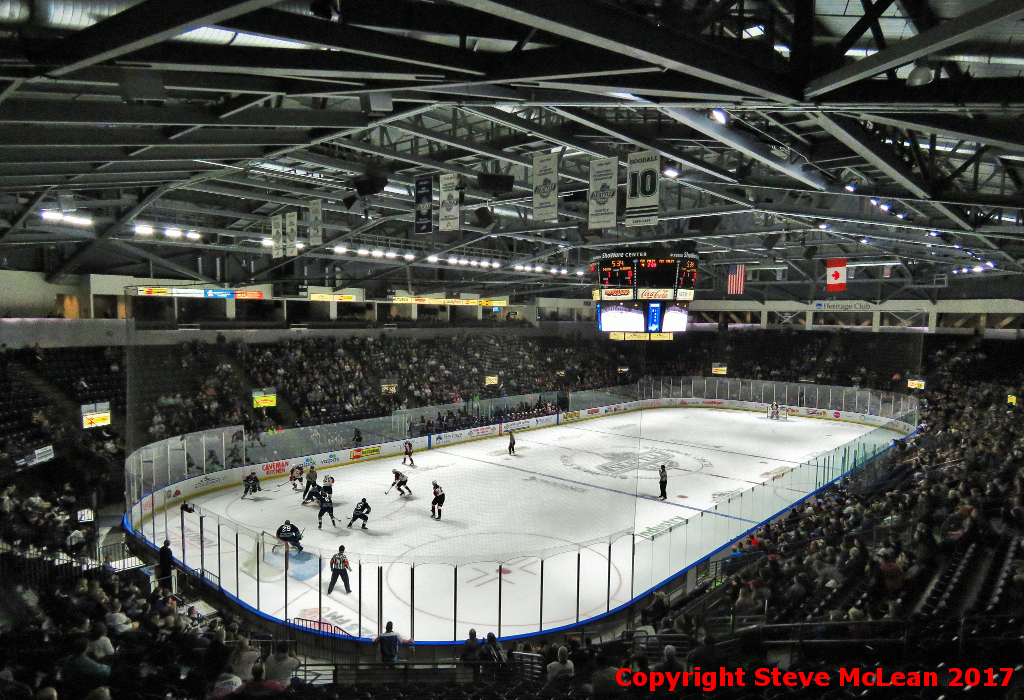 The Thunderbirds moved out to the southern Seattle suburbs in 2009. Measured from Seattle Center (where the former Key Arena is located), the ShoWare Center is 22 miles away - whereas the arena in Everett is 28 miles to the north. And yes, having two teams in a massive city fifty miles apart isn't too many, but it's more just interesting that the Kent team can still call itself "Seattle" even though Kent is practically halfway to Tacoma. 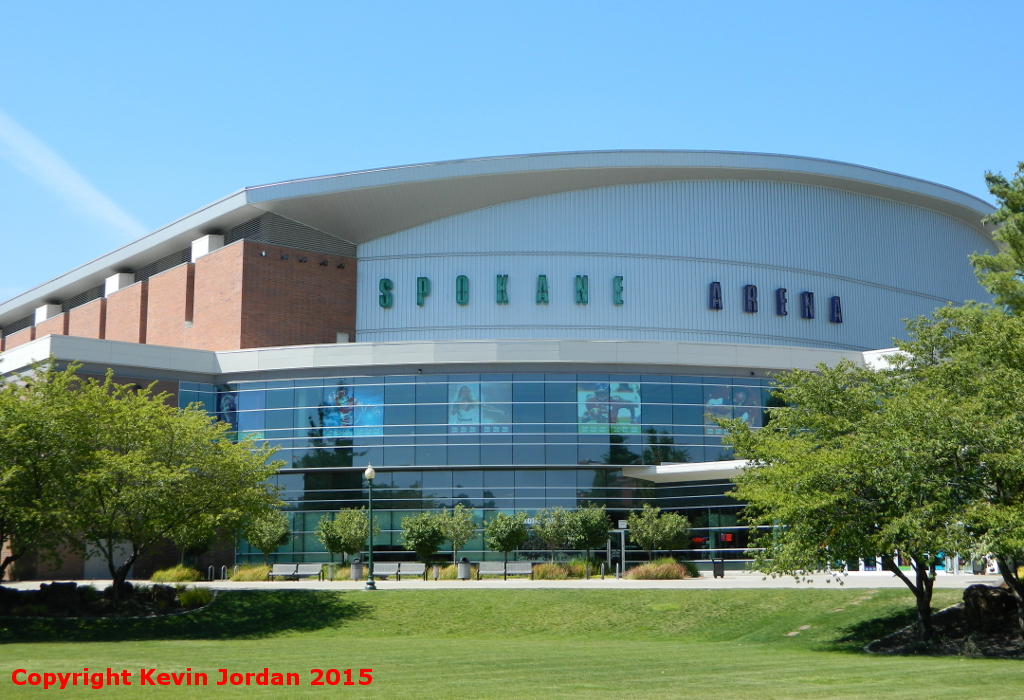 Spokane Arena is a modern building located in Spokane's somewhat frightening downtown. We drove through Eastern Washington during the middle of one of the biggest droughts in recorded history, and missed being hit by the forest fire by a matter of weeks. We could actually see the smoke off on the horizon while spending the night in Chelan, and miles and miles of brown brush we drove through was on fire within days after we passed. Another interesting thing is that a very nice lady works at the arena who let us use her phone to call Dollar Rent-A-Car to report a cracked windshield.


Return To The Main Menu