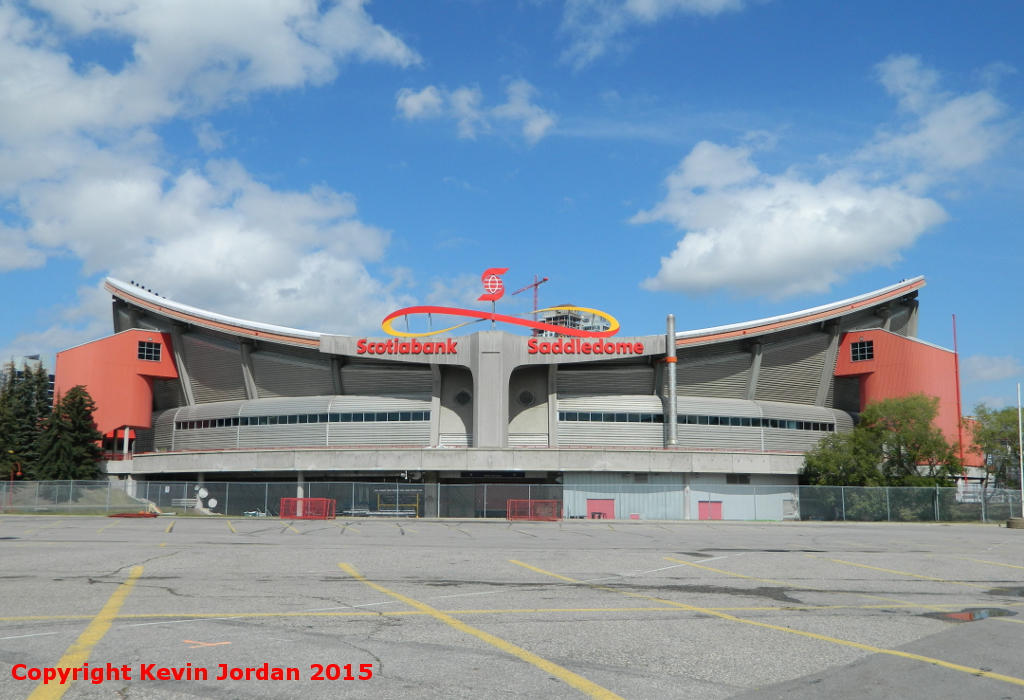 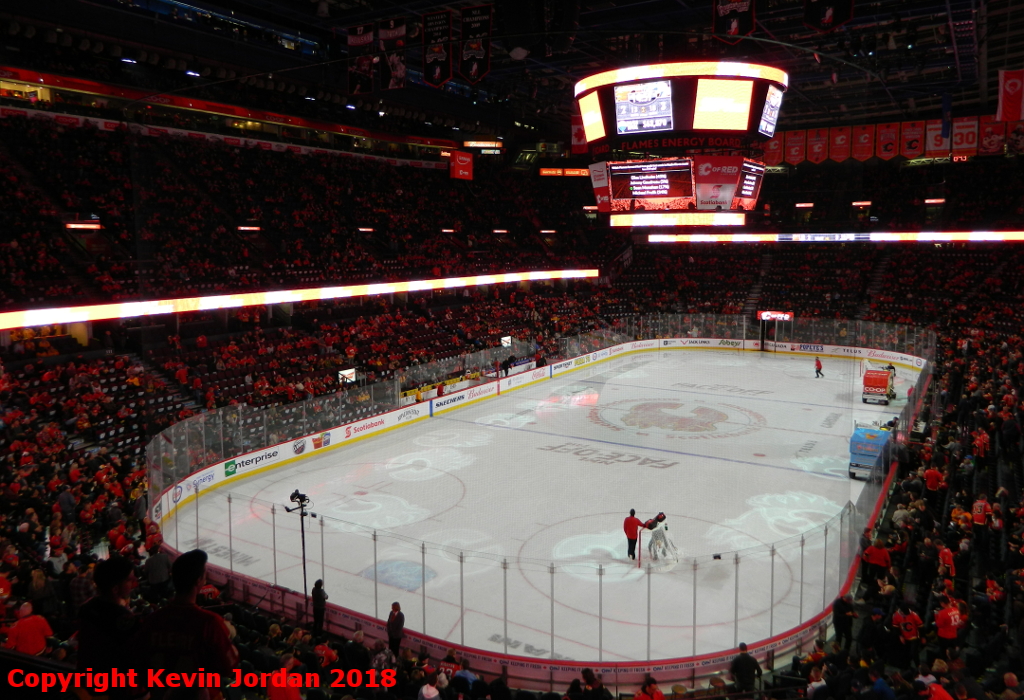 The Olympic Saddledome is younger than me, and yet somehow is now the second-oldest arena in the NHL, which is somewhat terrifying to think about. I finally got to a Flames game there in 2018. It's a spectacularly different arena than virtually anything else in the NHL right now, with a massive concrete lobby and that odd Pringle-shaped roof dominating the interior space of the rink. It's also a fabulous place to watch hockey. I've never seen a Hitmen game there, but it's intimate enough of a building that I'd have to think it's a better experience half-empty than seeing the Oil Kings play at the cavernous Rogers Place. 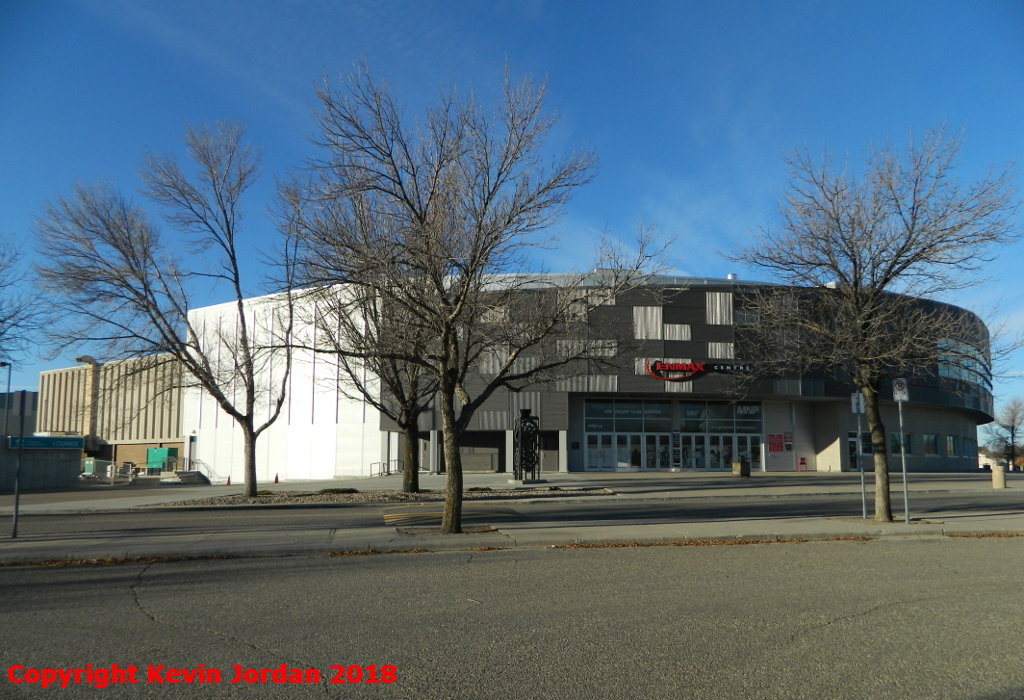 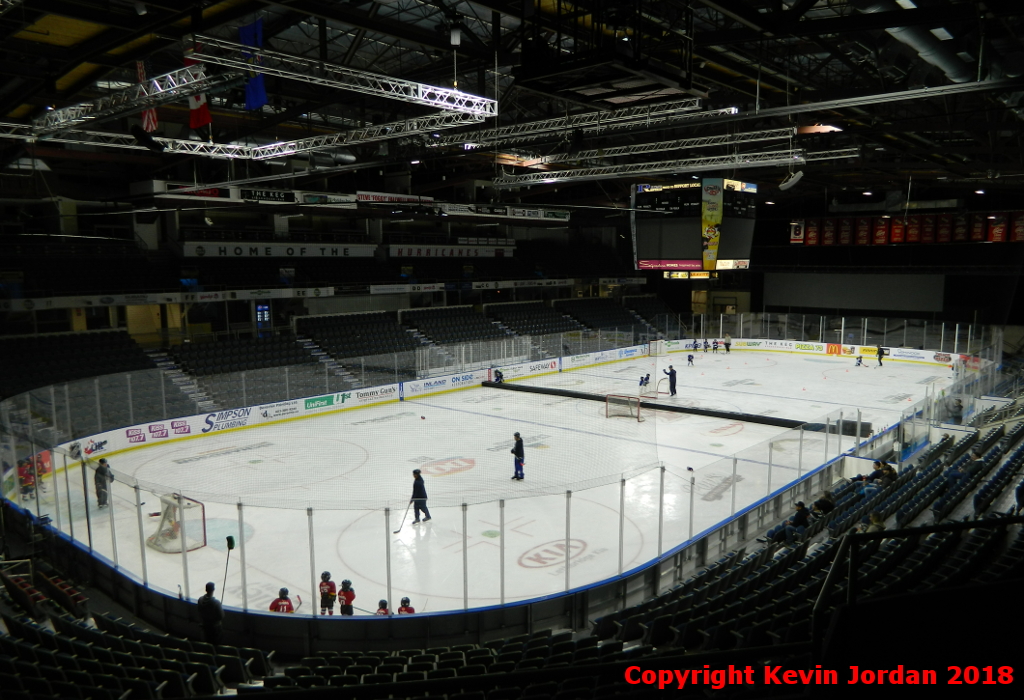 The former Canada Games Sportsplex was built in the mid-70's, but a recent renovation has brought it up to code. While I still can't claim to have seen a game there, at a glance the Enmax Centre appears to be one of the best middle-aged arenas in the CHL. The seating bowl is U-shaped and has an upper and lower level around the building, with a wide open concourse halfway up the seating providing access. But unlike similar rinks in Saint John and Red Deer, Lethbridge's concourse is completely open to the action. It's the most open concourse I've ever seen, and I'd be interested to see it in a game. The fourth end has a curtain, similar to the pre-renovation North Bay Memorial Gardens, and it didn't appear there was any reason why it couldn't someday be filled in with seats if the need arose. 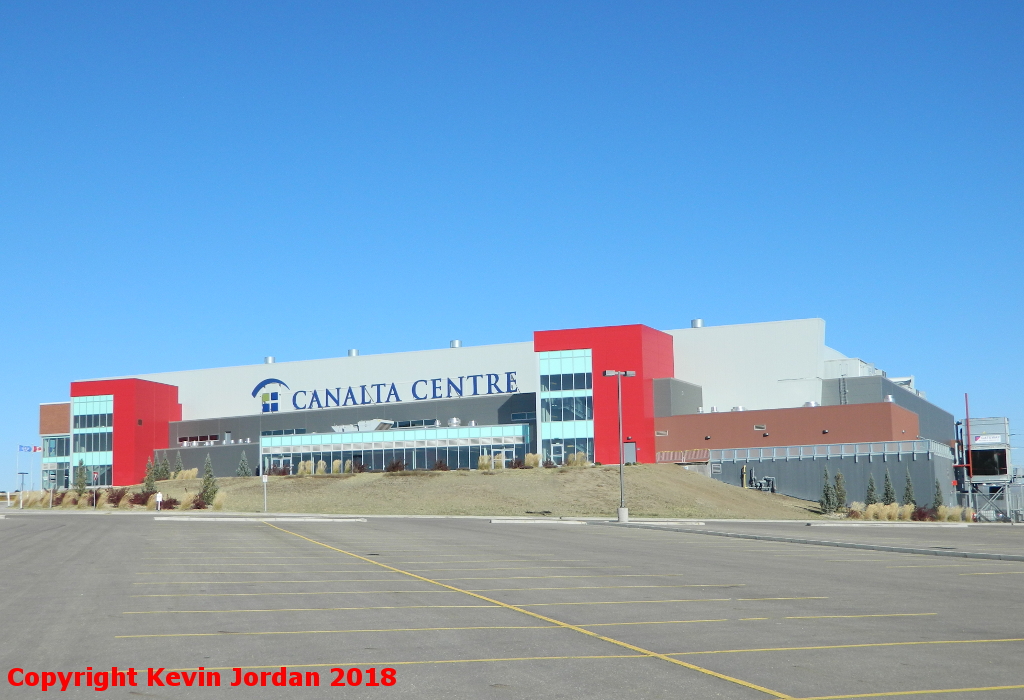 Unlike the old Medicine Hat Arena, which was located in the heart of the city, Medicine Hat elected to build their new rink on the outskirts, surrounded by parking lots and vacant scrub land. The Canalta Centre is a tall and attractive building with a massive marquee sign legible from the nearby Trans-Canada Highway. Unusually for a new building, it is apparently generally open to the public, but I didn't get to go in because of a show that was setting up in the arena bowl while I was there. 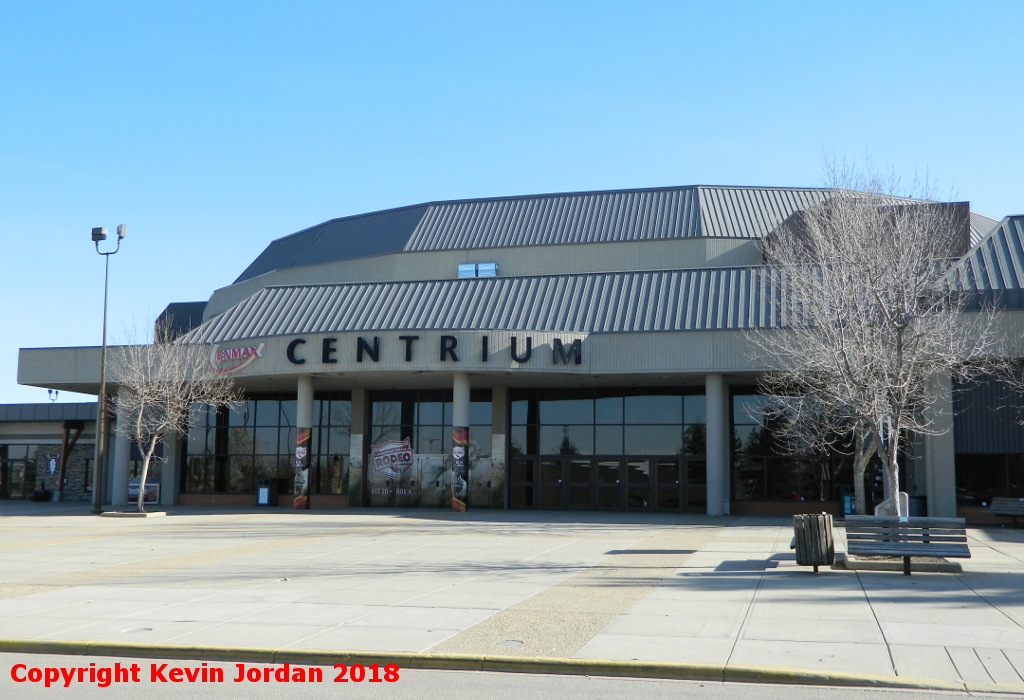 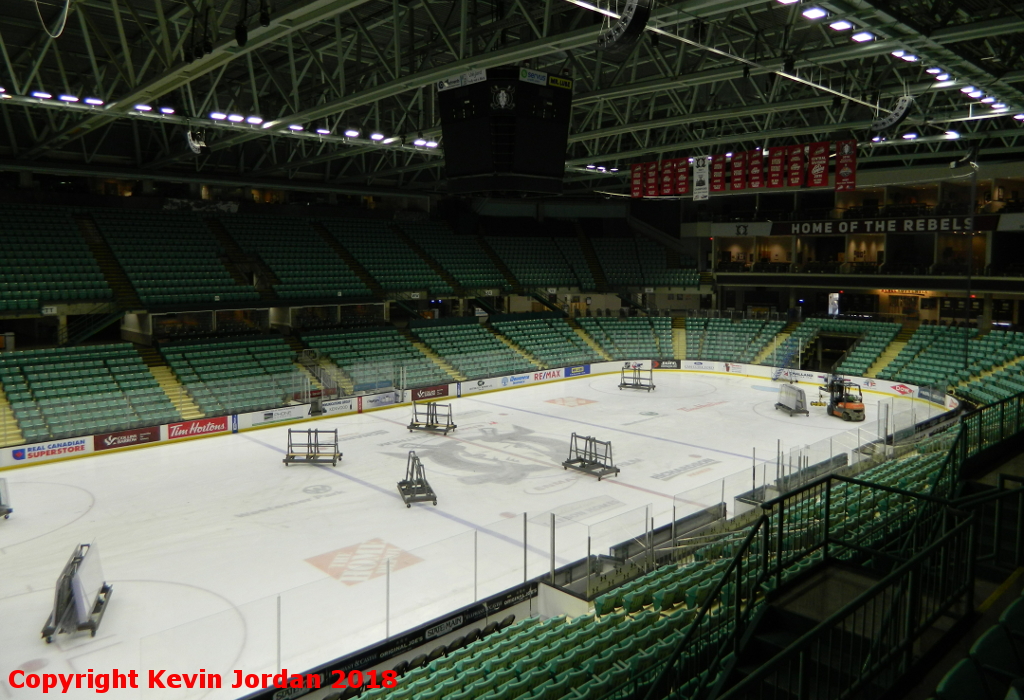 Dropping in on Red Deer was a first for me - in the middle of the day, at a time when nothing appeared to be going on in the arena, the parking lot booths at the fairgrounds were still manned, and the guy there wanted six bucks to go in and go to the box office. "To hell with that," said I. I parked at an adjacent bank and walked. The Centrium is a nice enough building, and it's the newest arena I've been to that still hews to the "Coliseum" era of design that arenas were built like right up until the mid 1990's. As a result it feels much older than it is, though it has been well-maintained. An oval seating bowl is flanked on two sides by upper level grandstands and the building is spacious, with a large lobby and wide concourses, and is a fraternal twin to the similarly-aged rink in Saint John, NB.