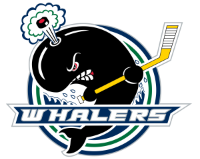 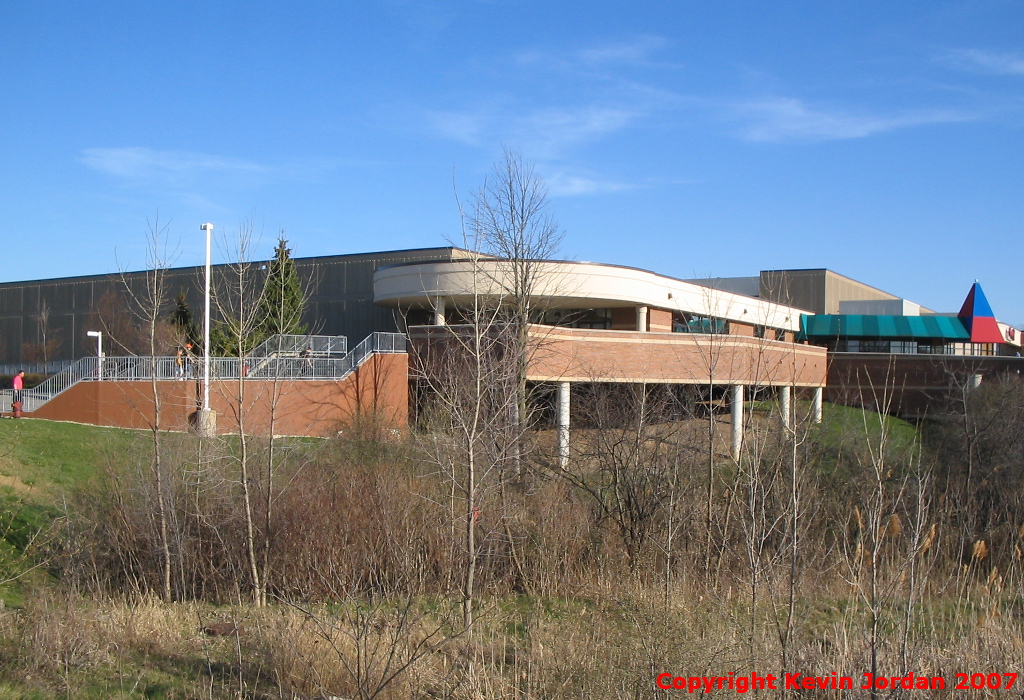 In the mid 1990's the Detroit Junior Red Wings were flying high. Having only been created as an expansion team in 1990-91, they had in a few short years developed into one of junior hockey's premier franchises, often selling out the gigantic Joe Louis Arena as they soared to an OHL title in 1994-95. Then, as occasionally happens in life, the wheels completely fell off the bus. A disagreement between Jr Wings owner Peter Karmanos and NHL Wings owner Mike Illitch forced the junior team out of the Joe, and they spent the year after their title essentially homeless, splitting time between the tiny Oak Park Arena and the massive Palace of Auburn Hills. (The Jr Wings were essentially collateral damage in an unrelated feud - it was related to Peter Karmanos buying the Hartford Whalers and had nothing to do with junior hockey.)

Something had to be done to save junior hockey in the Detroit area, and so in tiny Plymouth Township, closer to Ann Arbor than downtown Detroit, Karmanos built a new arena for his junior team. With so little time and few resources available, the arena was built with speed and cost being the two most important factors, and so the Compuware Arena that stands today is a monument to what happens when a hockey rink is built on the cheap in the middle of nowhere.

Plymouth is a wealthy suburb. The neighbourhood seems to be on the fringe between a light industrial area home to corporations with generic names like "Systems Unlimited", and a wealthy enclave of executives living in gigantic houses in gated communities. Just to complete the strange feeling, there's also a maximum security prison nearby. The neighbourhood grew up a lot in the past years the Whalers played there; back even in the mid-2000's your choices for food around the rink were limited to the Greek restaurant inside the rink and McDonalds, but by the time the Whalers left a lot of the nearby vacant land had been developed with shops and restaurants. It's not quite the hideous commercial sprawl that surrounds the arena in Barrie, but at least you've got a few choices for supper now.

The arena itself is pretty spartan from the outside. Boring grey concrete walls surround the building with a small main entrance done in red brick with faux landscaping. Arenas that live by the form-follows-function design ethic are very common across North America, but rarely as a home for high-level hockey - "putting a roof on winter" only really works for kids and adult rec hockey. It's nice when cities spend a little money on architecture and design when building a showplace, and that is the one thing that wasn't done in Plymouth. A huge parking lot completes the suburban feeling.

Inside, things aren't too much better. There are a couple of ice pads in Compuware Arena; the Whalers' rink and an Olympic-sized practice pad. The place feels bigger than it looks from the road. The entranceway features the "Whale Call" ticket window and a couple other booths, but there aren't nearly enough of them to ease congestion. When you finally get into the main rink, the "warehouse" feeling is only confirmed - the Arena interior space is much bigger than it needs to be, with the main concourse around the top of the seats being the widest I've ever seen. The ceiling is flat with girders and the ice is buried down from the entry-way. I was immediately struck by the thought that the place must be a former Wal-Mart or something that someone converted into an OHL rink. The fact that the arena was purpose-built is astounding - to compare, a building in the OHL that was actually built from a former department store (Guelph) is actually really nice and intimate, while a purpose-built rink like the Compuware Arena has that too-spacious, warehouse feeling. The best arenas waste no space at all - they have steep seats and walls giving a closed-in and intimate feeling. Plymouth, by comparison, has a ton of wasted space that echoes sound and makes it feel like you're watching hockey in a boxy, airy gymnasium.

The rake of the seats in Plymouth is as shallow as you've ever seen - even for a tall person like me, it's very difficult to see over the person in front of you. Leg room is also totally inadequate by new building standards. Apparently the arena was originally concieved with an upper bowl. Because of tax considerations, it was rushed into "production" and somewhere along the way the upper bowl was scratched, but this explains why the concourses are so wide. A Whalers fan also told me that reason why the pitch of the seats is so shallow is that the first inspector said that the seats were too steep, so they flattened them out. Then, when it was time for the final inspection, the same inspector asked why they built the seats so shallow.

Still, Compuware Arena had its odd charms. The Plymouth team had many incarnations over its history and the championship banners from their days as the Detroit Ambassadors and Junior Red Wings were still hanging from the ceiling, as well as Pat Peake's number 14, their only retired number. Plymouth's team store, called the "Pro Shop", had not only all the Whalers gear you could ever want but also sold hockey equipment - sticks, skates, shoulder pads, helmets and the like. There is a restaurant attached to the building as well that has on different occasions been a pizza place, a Greek joint and a sports bar. There were two LCD boards - one in each end - and they are both done up in red lighting, which is a little hard on the eyes and is strangely reminiscent of Nintendo's short-lived "Virtual Boy" 3-D gaming system. The score-clock was small and functional.

There are a few pet peeves about the arena. The announcer was a foghorn-voiced young guy with a slight California surfer accent who seems to have been hired solely on the strength of his voice, and every Whalers goal is a sign to put on the earmuffs - otherwise you'll be blasted with "WWHHHHAAALLLEEERRRRSSSS GOAL..." and so on. The music was unbearably loud, and the poor acoustics of the arena meant most of it came out as distortion. The fact that the team store sold earplugs should be a good sign that maybe the volume should be turned down a little?

One thing I must mention is what happens every time a puck went over the glass. The arena announcer would say,
"That puck was brought to you by Zubor Buick."
All the kids in the audience respond with: "Who cares?"
"Zubor cares!"
"So what?"
"So sassy."
It's probably the silliest thing I've encountered in my travels, and yet... it's endearing.

One final pet peeve about the Compuware Arena is that is that the rink was starting to show signs of wear and tear by the time the Whalers left. While I'm obviously not privy to the maintenance schedule of the arena staff, my guess is that their budget wasn't very high. Floors were movie theatre-floor sticky from the spills of games past, and the painted whitewashed walls were beginning to show numerous scuffs and scars. The arena was into its teen years by the time the Whalers left, but it was starting to seem a lot older than that as the maintenance was further neglected. Even just a thorough scrubbing and a new coat of paint (preferably in team colours instead of boring white) would have gone a long way. I haven't been back since USA Hockey took over, but I'd have to assume they cleaned the place up a little and repainted.

It's always tragic on some level and to some people when a team leaves, but Peter Karmanos hung on longer in Plymouth than anyone would have expected. It was long-rumoured that the Red Wings suppressed media stories about the Whalers, to the point that even when they won their last OHL title in 2007, neither Detroit daily newspaper gave it much more than a small mention. The Whalers never were realistically going to compete with the Red Wings and the Michigan Wolverines as long as they were required to turn a profit, and once Mr. Karmanos gave up on losing money, the Whalers were sold and moved almost immediately. Few outside Wayne County miss the Whalers these days, and even fewer miss Compuware Arena, the worst rink in the OHL by some margin when it closed. 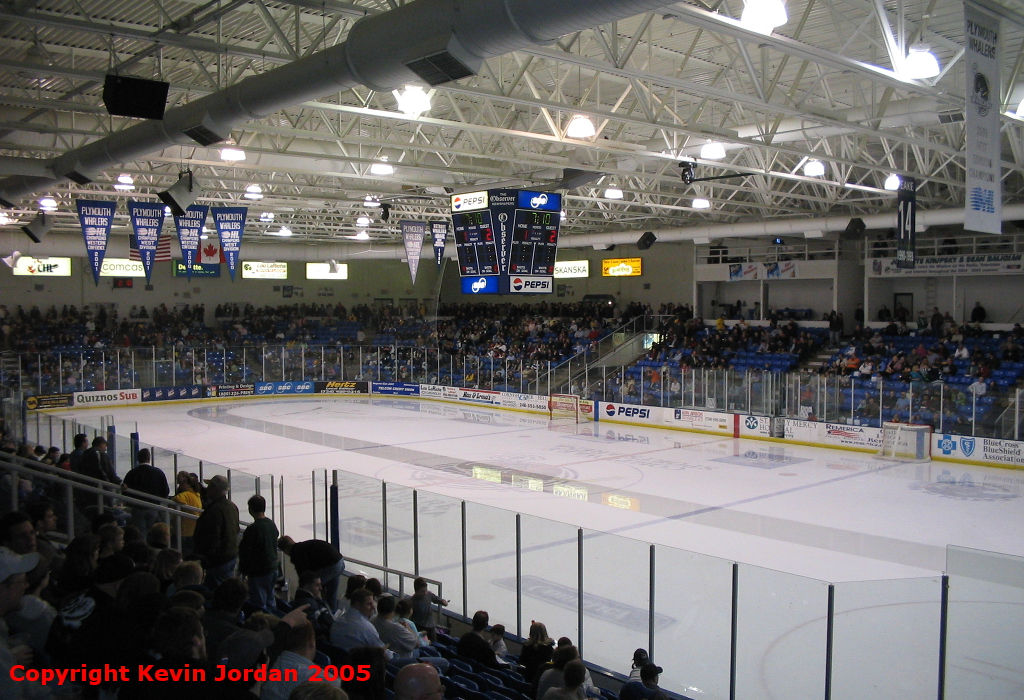 What's the Arena Used for Today?
When Peter Karmanos finally gave up and sold the Whalers up the road to Flint, the Compuware Arena was sold to USA Hockey, the national governing body for the sport in the United States. The building was renovated and upgraded and renamed USA Hockey Arena, and it today is a permanent home to the U.S. national junior development program.