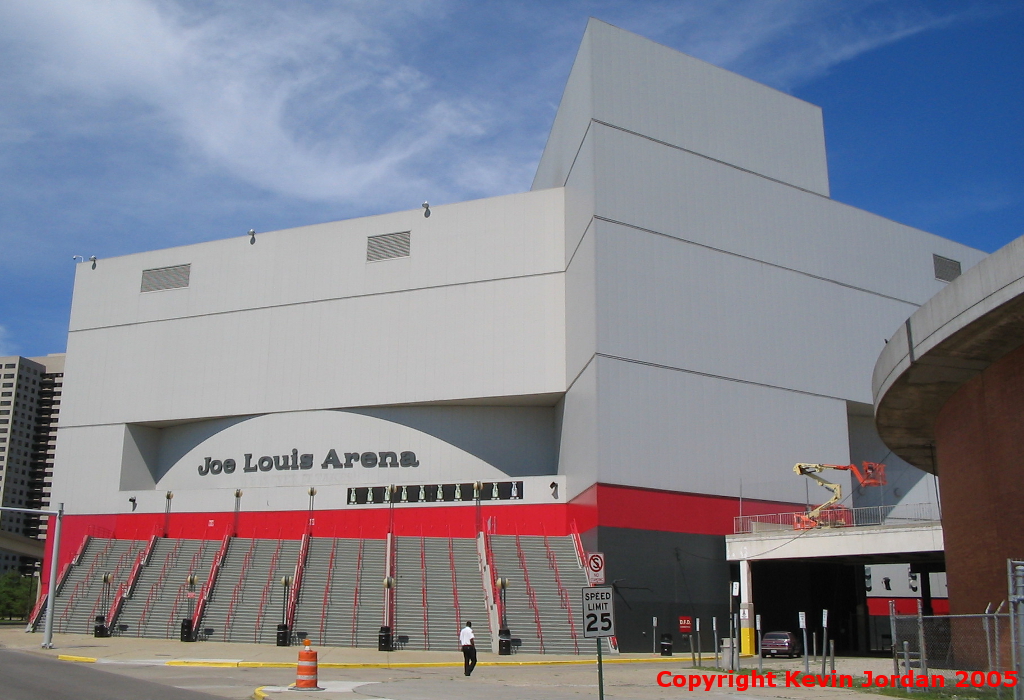 Joe Louis Arena is the place where I saw my first NHL game in 1988, when the Red Wings took on the mighty Oilers of the 1980s. It was the season after Gretzky was traded, but most of the big guns were still there, including Messier. Detroit, meanwhile, was going nowhere fast. And somehow, the Red Wings won the game, 5-2. After seventeen years of layoff I finally made it back for another Red Wings game in January 2006, and went repeatedly since then. The arena closed after the 2015-16 NHL season and was demolished in 2019, and as it turns out, my last visit to the Joe was my first visit there for junior hockey. The Saginaw Spirit rented the Joe for an "OHL at the Joe" celebration in December 2016, playing a game against Windsor while honouring the Jr. Wings' 1995 championship team.

As of this writing in 2019, the only arenas in the NHL built before the 1990's are Madison Square Garden (which has had a billion-dollar renovation) and the Saddledome in Calgary, and the Saddledome's days are numbered. Joe Louis Arena was the last NHL building that felt ancient, even though it was only in its thirties when it closed, with an intimate layout, very little architectural ornamentation or frills, and a single-concourse design that bottlenecked hopelessly every NHL intermission. From the outside the Joe was wedged along the Detroit River beside Cobo Hall, Detroit's convention centre, and was a tall building covered in bland aluminum siding. The main entrance was located halfway up the building, which means that in order to attend games it is necessary to climb a huge flight of concrete steps.

Once inside the Joe you found yourself in a wide, utilitarian concourse that served both the lower and upper bowls. There was no segregation by economics at Joe Louis Arena; everyone used the same washrooms, bought the same food, and visited the same souvenir stands, regardless if you were sitting at ice level or the back row of the arena. Once inside the Joe's seating bowl the magnificent sight of 19,000 red seats stared back at you. The Joe shared with no one - there was no NBA team here, no college sports, no anything but Red Wings hockey. As a result the place felt like NHL hockey personified. There were winged wheels everywhere, and the colour red was the only one allowed. Moreover, even though the Joe was one of the NHL's largest buildings, it was constructed in the days before luxury suites started pushing the upper decks higher and higher in the NHL, and so even the cheap seats weren't bad. The scoreboard was old but still worked well, and its presentation was excellent. The Red Wings are one of the few teams that realise that real hockey fans don't want laser shows or sound effects or canned nonsense - at the Joe you got a hockey game, presented professionally.

The Red Wings moved uptown to Little Caesars Arena in 2017, and their new home is easily the finest building in today's NHL. There are few that miss the Joe's cramped concourses, trough urinals, or barren location with no amenities nearby. But I am still eternally grateful that the OHL had one more game there after 1995, and even more grateful I got to go to it. I went to six or seven Red Wings games at Joe Louis Arena and every one sold out, so getting to attend one game where the place was mostly empty and allowed for free exploration was terrific. 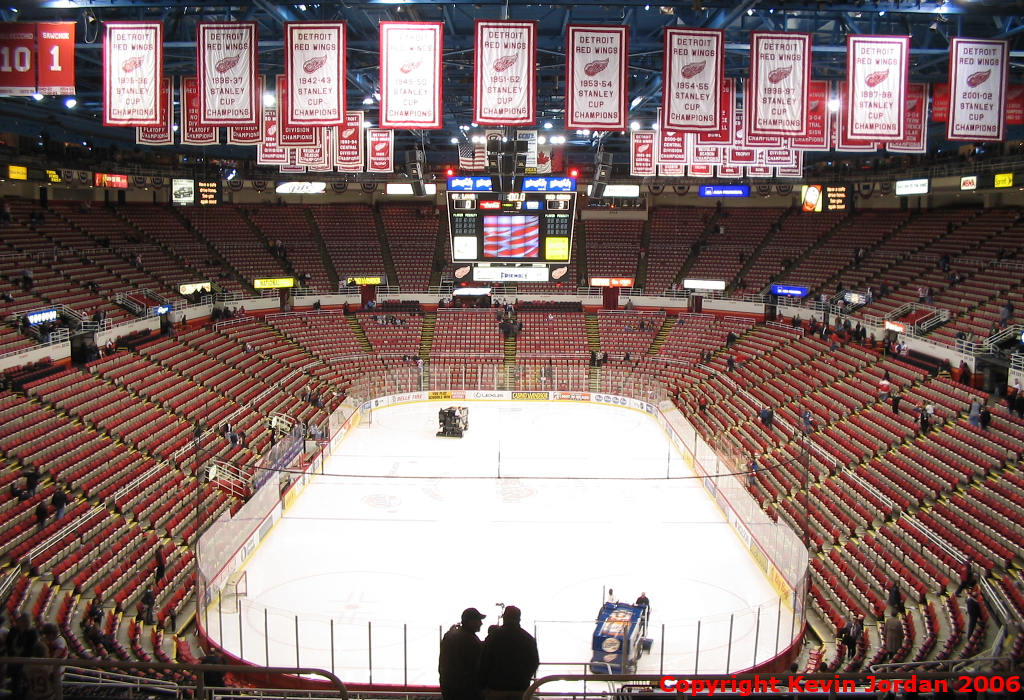 What's the Arena Used for Today?
When the city of Detroit declared bankruptcy in 2013, the city-owned arena and adjacent parking garage were ordered by the bankruptcy court to be demolished and the prime waterfront land given to one of the city's major creditors once the Red Wings had vacated. Joe Louis Arena was accordingly demolished over the summer and autumn of 2019. No plans have yet been announced for redevelopment of the arena site, and it currently is a vacant lot.