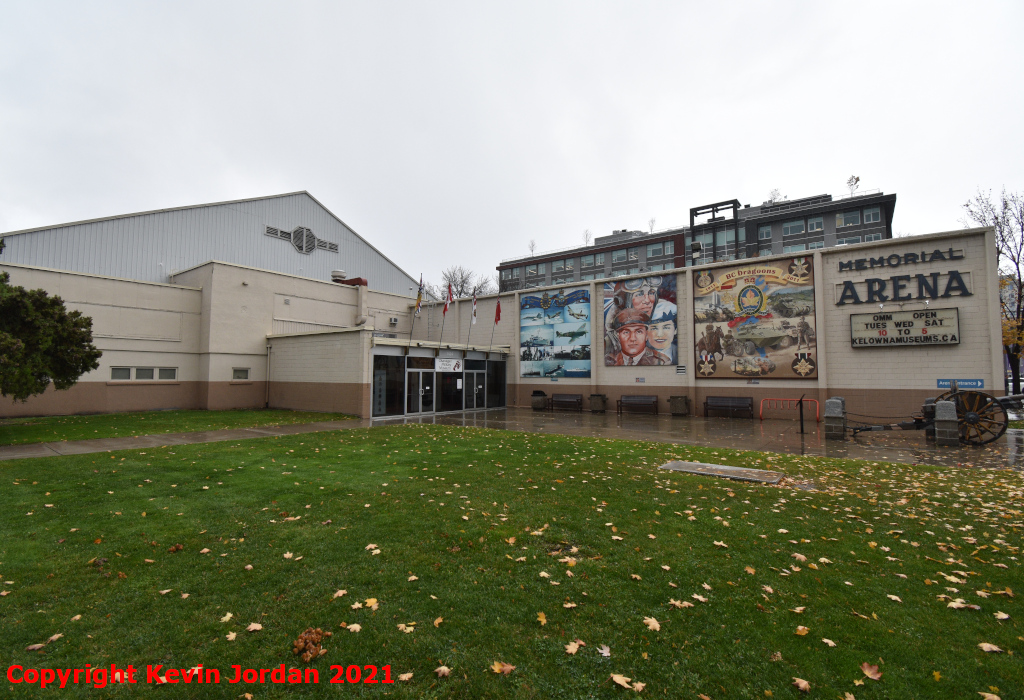 What's the Arena Like?
Even by the standards of the 1990's, I can't imagine Kelowna Memorial Arena was ever intended as more than a stopgap for the Rockets while a new arena was under construction. Memorial Arena has a capacity of only 2,600, with most of those people on painted wooden benches, and an ice surface twenty feet shorter and five feet narrower than standard. But then, I went there, and was reminded by team photos on the walls that Kelowna also had a WHL team in the 1980's, the Wings, that also played here. So who really knows anything?

At any rate, Memorial Arena still stands in downtown Kelowna, a dull, beige-painted building located a reasonable walk from their current home. It occupies a city block near the bus station and city hall, and the main entrance is now halfway down the side, because (as I discovered), what used to be the arena lobby has been converted into the Okanagan Military Museum, an entirely separate entity.

But the inside, oh, my. The arena is still in immaculate shape, with the seating painted in bright reds and teals (for the Rockets, one assumes). The seating is octagonal, with 45 degree angles in the corners, and all but the last rows are wooden benches (the last row has those wooden 90 degree backrests, which, given the choice, I'll take a bench). In each end, there is a small upper deck with more rows of seating overlooking the goals - they were locked for my walkabout, but in the WHL days I'd have loved to have sat up there. The concourse is around the top of the building, and there's probably more history and memorabilia on display there than any other arena I've been to, including team photos of nearly every team that's played here over the years. I overran my parking meter by some margin just wandering around taking it all in, though fortunately, I didn't get a ticket.

There's no way that Kelowna Memorial Arena could even be considered as a stopgap in today's WHL. The closest cousin I've seen to it is the Memorial Arena in Chatham, which the OHL has pooh-poohed repeatedly even as a temporary home for a potential expansion team. But man, it's beautiful, well-preserved, and worth visiting if you're in town for a Rockets game a couple of blocks away. 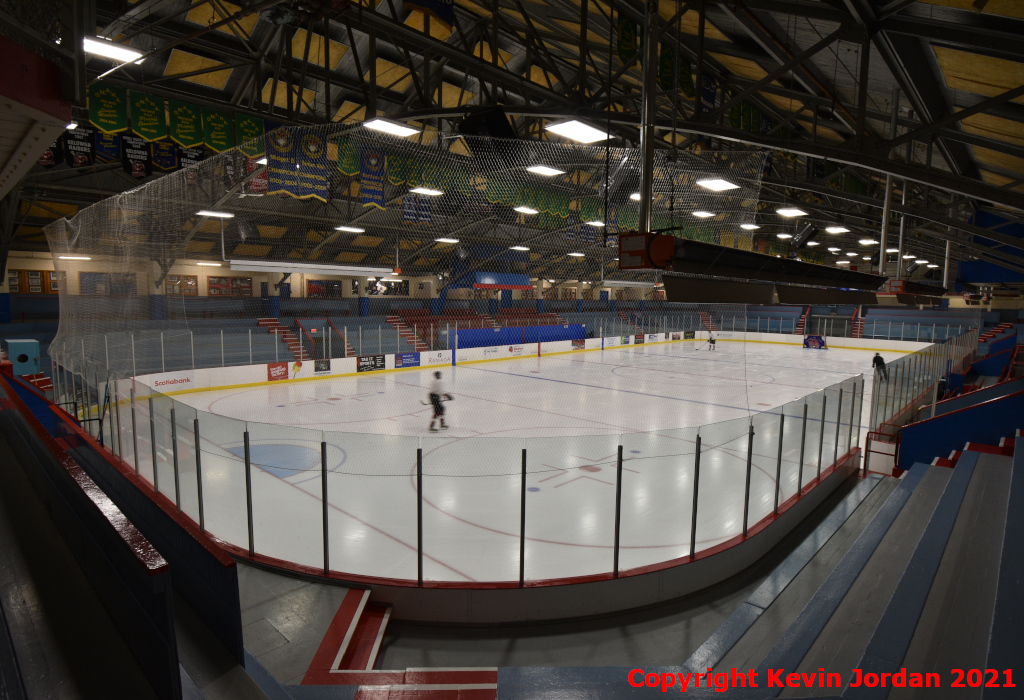