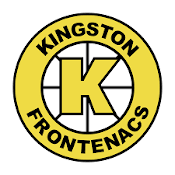 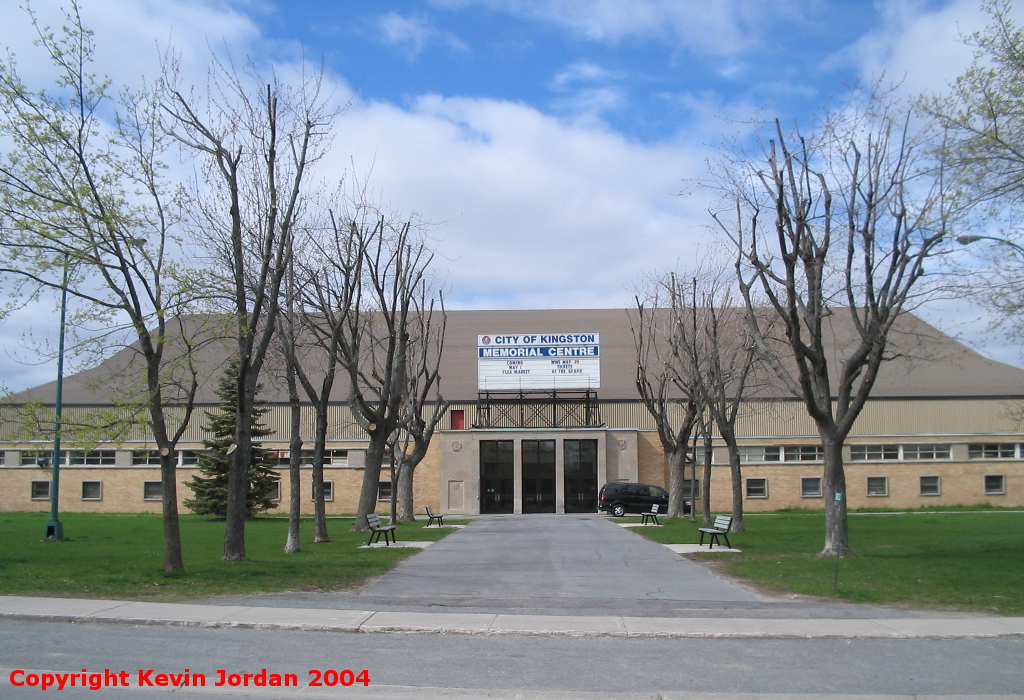 Throughout my youth, as I was growing up dealing with a leaking roof and creaky wooden seats at the London Gardens, I heard from more well-traveled fans that there was one place in the OHL that made our old barn look shiny and new by comparison, and that place was the Kingston Memorial Centre. I finally made it to one game there before the old rink closed in 2008, and found that the stories were pretty much true. The Memorial Centre was a dilapidated relic, but it had a soul too, and while no one would begrudge the Frontenacs their new rink, the old one was still a fun place to watch hockey.

The Kingston Memorial Centre was and still is an old yellow-brick building that still stands in a run-down section of Kingston near the fairgrounds. The building is surrounded by parkland and is also on the same block as the International Hockey Hall of Fame, which is well-worth a visit if you've got time to kill in the area. The Memorial Centre has a little bit of art deco artifice in the facade, but mainly it looks like a mid-century modern hockey barn. On the rear side of the building is football and baseball fields, and believe it or not, the football bleachers are built into the side of the arena, so that when you're in the rear concourse of the arena you can see the slope of the bleachers facing what seems to be the "wrong way". The Memorial Centre was built in the early 1950's and looks it; it's been subject throughout its history to the whims of a city council which has never put a lot of money into it, and as a result the arena was generally considered the OHL's worst before its closure in 2008. There were numerous problems over the rink's last years, including melting ice and one memorable flood which destroyed equipment in the Fronts' dressing room.

But the Memorial Centre still screamed hockey. Upon first entering the building today you see a large memorial to the dead of two World Wars in the small lobby in which there are also ticket booths. Once fully inside the building it feels as though you're inside some kind of factory or warehouse; there are Bauhaus-style windows about the hallways. There are food concession stands and a local sports hall of fame as well, and stairways lead up to the main concourse at the top of the seating area.

Your first glimpse of the Memorial Centre ice leads a trained eye to think "there's something wrong here". The ice is regulation length but seven feet wider than standard, so it's about halfway between NHL and Olympic-sized. As a result of this it's interesting to watch the way the Zamboni has to clean the ice - it has to do an uneven number of circuits to do the ice properly, and so it and doesn't do the usual loop beforehand like at most buildings. The upper concourse is incredibly narrow - it's only wide enough for one standee and one walker around the top - so if there's a lot of people in attendance it's very difficult to move around easily. All of the seats are originals from 1950; they're made of wooden slats. Seats are red, blue and grey along the sides with dark green in one end and yellow in the other. It looks somewhat strange, but the overall effect is neat. Strangely, though, the row numbers are all painted on the back supports of the seats rather than somewhere they'd be visible, and so latecomers take forever to get to their seats because it's impossible to figure out which row is yours. It's annoying, and would only take a few cans of spray paint and some stencils to fix. Some views are obstructed near the back of sections by support pillars. The scoreclock is relatively new and works well. Much like in Peterborough, there is a gigantic portrait of HM the Queen hanging over one end of the ice along with several flags.

The age of the Kingston Memorial Centre is apparent from start to finish during the attendance of a game there. There is old apparatus everywhere, hanging from the rafters and stashed in dark corners, and clever audience members could fashion a drinking game based upon "guess what that does". The ancient, battered seats quickly become uncomfortable over the course of three periods. The sound system is tired and garbled. Washrooms are relatively clean given their age. The ceiling itself is dark, alpine wood reminiscent of a skiing lodge. In fact, apart from the more modern digital score clock, there's not a lot in the building to remind you that it's not 1950 anymore.

Some of the age can prove to be a good thing though - the game was quite clearly the main attraction in Kingston. During the Frontenacs' tenure, there were very few promos interrupting the game. The music selection was excellent - mainly organ music and arena anthems. The halls have memorabilia on display in the Kingston Sports Hall of Fame, and there was a small team store around the back of the building. I had heard that the atmosphere within the building could be lacking at times, but the one night I was there the place was full and the atmosphere was great, with a noisy crowd completely into the game.

The Kingston Memorial Centre was the second-last building I visited to complete my original OHL "All 20" circuit. Throughout my travels and my childhood both, I had heard stories about how horribly run-down the building was, about how it was mostly empty thanks to years of terrible teams, and about how attending a game there was a bad experience. While it's true that the Memorial Centre was and is dilapidated, the place was also filled with heart and with real hockey fans. You could say that it took a real fan to brave the horrid seats and year after year of underperforming Frontenacs teams, and I believe that assessment is correct. Don't believe the stories. Kingston has heart and Kingston has real fans, and in spite of the problems, the Memorial Centre was still a great place to watch a game. I will miss its presence in the OHL. 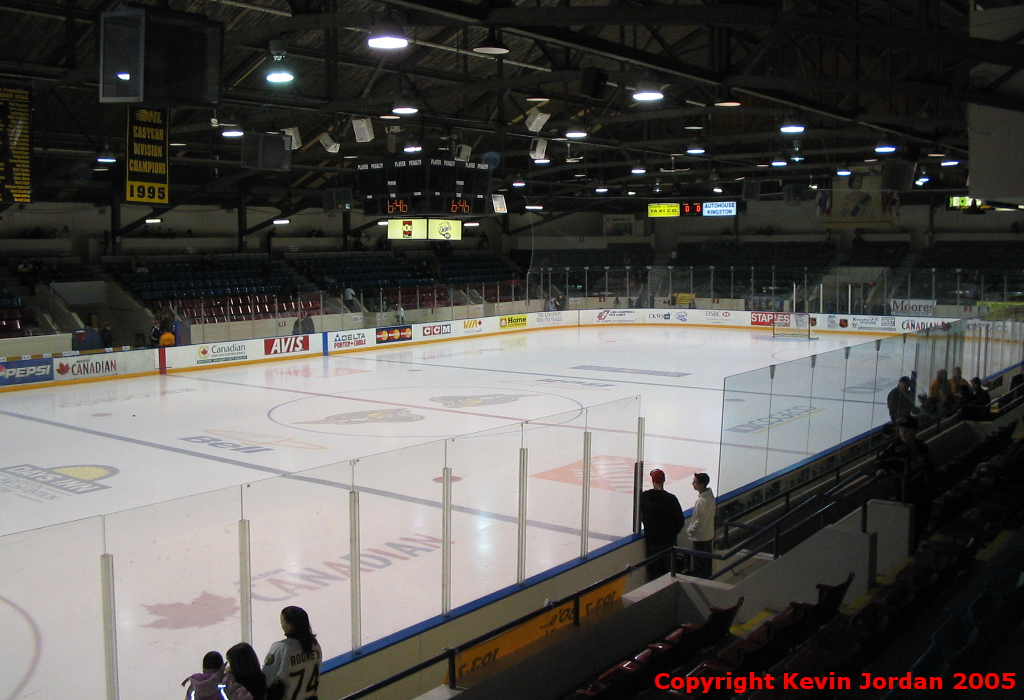 What's the Arena Used for Today?
The future of the Memorial Centre has been up in the air since the day it closed. The building is horrifically run-down, and operating costs to the city are correspondingly astronomical, but Kingston has a shortage of ice surfaces and so the rink has remained open. The building's status as a war memorial means that many Kingstonians have an attachment to the rink in the city which the Royal Military College calls home, so that will work in preservation's favour. On top of all of that, the building stands on the city's fairgrounds, and the fair uses the rink every year for agricultural shows and such, so at a bare minimum it seems the Memorial Centre could remain open for those reasons. Right now the building does have a hockey tenant as well, as Queen's University plays its home games there.

In November 2019 the city announced it was seeking provincial funding to renovate the Memorial Centre, which, if approved, would reduce seating capacity and give the building a lease on life for long into the future.

Return to Leon's Centre
Return to the Main Menu