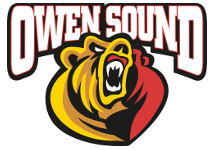 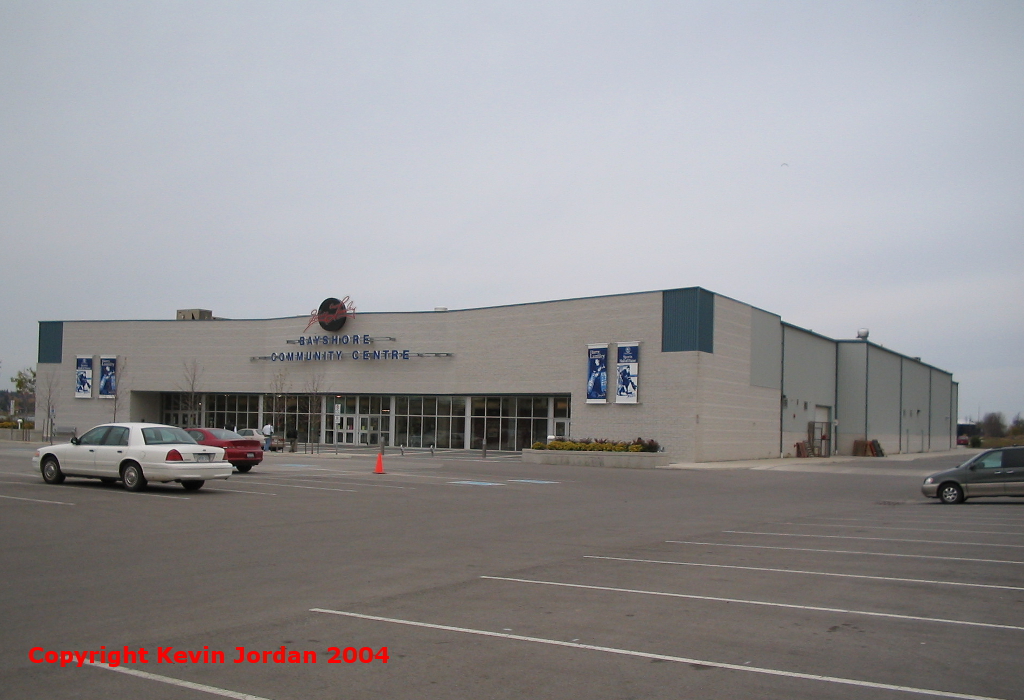 Although Owen Sound is not the most isolated city in the CHL, the road trip there sure makes it feel like it. It is the only city in the OHL not served by a four-lane expressway, and so getting to town involves making the trip through picturesque small towns and winding blacktop through the hilly heart of Grey County. The town itself is a small and pretty one nestled around the mouth of Owen Sound harbour, with the magnificent blue of the Sound itself stretching out into Georgian Bay. It's filled with well-preserved brown brick buildings and is located in a natural valley. Heading north out of town on the east side of the Sound is the Bayshore Community Centre, a white-clad building announcing its presence in the heart of a residential neighbourhood.

No arena in the OHL enjoys a prettier setting than the J.D. MacArthur Arena in Owen Sound. The unmistakable freshwater harbour air filters through the arena grounds in the spring and fall. The arena is set on parkland and there is a playground overlooking the bayshore just outside the building. You can clearly see across the Sound to the other side, and it is a beautiful sight, especially while lit up at night.

I've heard stories that when the Platers first moved north from Guelph, the Bayshore was so much a community rink that all seats were wooden benches and there were virtually no amenities at all. As of my first visit, though, the complex had just been recently renovated, and while no one would mistake it for the Videotron Centre, it at least feels like a proper junior hockey building now. The front of the building is brilliant white and says "Harry Lumley Bayshore Community Centre" in big blue and neon letters on the front. Once inside, the ticket booth and the team store is all new since the renovation, as is the front stairs which take you up into the rink. The store is decent-sized and there is a lot of interesting Attack gear available. Once upstairs, you discover the older part of the building. The concourse area is at the top of the seats and includes various concession stands and the "Snack Attack" grill, which is a larger concession with a bigger selection. There are TV's hanging from the ceiling, but they're not necessary as you can see the action from anywhere on the concourse. As such, the TV's often show other sporting events; other hockey games and baseball and such.

The seating area is all made up of older seats which are all red and older-style molded plastic reminiscent of a beach chair or something. They're surprisingly comfortable, and there is a ton of leg room. There are private suites hanging from the ceiling all the way down the one side of the rink; the view must be incredible from them as they seem to hang right over the ice. The press box is on the other side, and in one corner there is what appears to be a "party suite" which has a large capacity and looked a-rockin'. The score clock as of my last visit was old and had no room for player numbers in the penalty slot, but since then Owen Sound has joined the rest of the league in installing a video board. The sound system is relatively new but only of about average quality, but at least it's not ridiculously loud. The announcer is excellent, and Owen Sound's small-town feel is complimented by a lot of country music in the stoppages. It may not be my bag but it's a perfect compliment to the rural atmosphere. All of the colours in the arena are dark, mostly dark brown and navy and black. Many new arenas are done in ugly neutrals so to see an old barn with dark colours was nice. It makes the brilliant white of the ice stand out even more. The walls of the arena are steel and other metals which is odd - there's not a lot of drywall or concrete around. The place feels in places like it was built on the cheap, but that's not a slight at all - it just adds to the "community rink" atmosphere.

The building's old main entrance, behind section H, is still there. When you go down the old main stairs you see the Owen Sound Sports Hall of Fame which has a ton of pictures and memorabilia, and championship banners from Owen Sound's hockey teams dating back to 1924! There is also a reception hall (there was a wedding reception on once when we were there) and various other meeting rooms which remind you that the arena is only one part of the community centre complex. You can also leave the arena during the intermission for a stroll along the bay shore, which is a great way to calm down if Joe Park is the referee.

Atmosphere is good. The fans cheer well, and while they aren't the league's loudest, they're surely in the top 10. In spite of this, the noise is all "good" noise and they're all incredibly polite to visitors. I was very, very impressed by the warm reception I've gotten each time I've made the trip north.

Overall, the town of Owen Sound is pretty and the arena is a grand old barn with some new facilities. If they could just do something about the stupid logo and the "Attack" name then there would be nothing at all to complain about. Well, I wouldn't mind it if they built a 400-series highway up there too - I've made the late night drive home in a raging snowstorm, and it's not pleasant. Owen Sound is the OHL's smallest city, but the city and region both support the team well. The journey to town feels more epic than it is, and the city, people and arena waiting at the other end all make it more than worth returing time and time again. The "community" feeling of the OHL is gradually being lost as the league becomes a bigger and bigger business, but there are still a few places left that you really get the feeling of being in a place where the whole town of people come out once a week to support the local six. More than anywhere else in the league, Owen Sound feels like such a place, and that feeling alone makes it a great and worthwhile trip for any visitor. 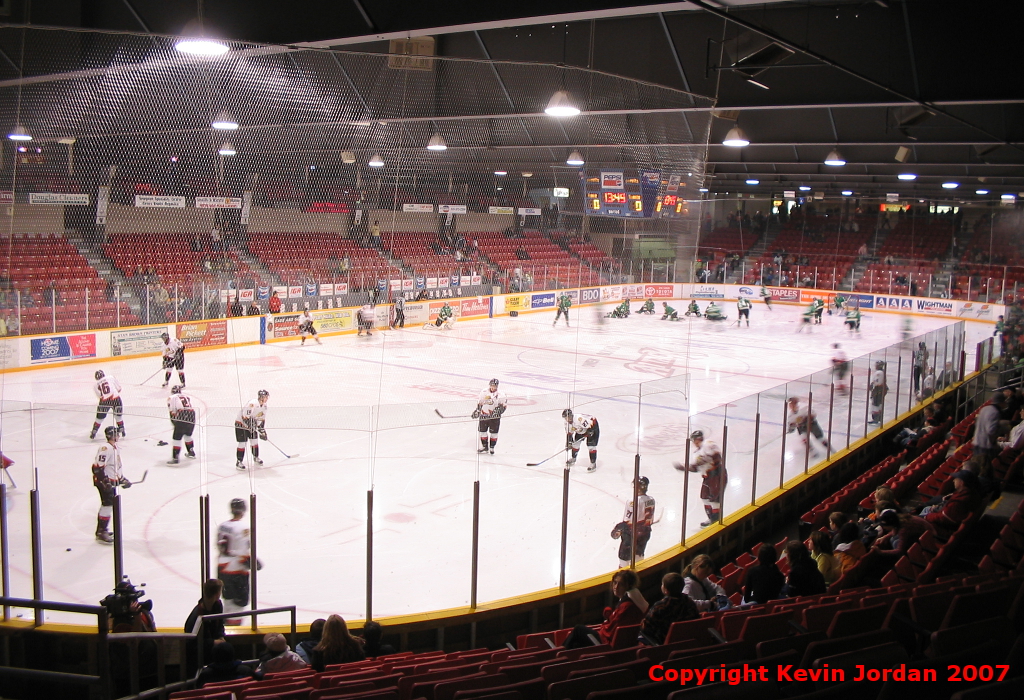 Future Developments
There are no plans to renovate or replace Bayshore Community Centre.


Franchise History
The Guelph Platers joined the OHL in 1982-83 as an expansion team, owned by the Holody family. The name "Platers" came from the fact that the Holodys had made their money with an electroplating factory. The team didn't survive in Guelph, though, and in 1989-90 the Owen Sound Platers were born. In 2000 the Holodys sold their stake in the team to local investors, and the new ownership renamed the team the Attack, so as not to honour an electroplating factory located in a rival city.